Thank goodness for a good inventory

A couple weeks back, I went to a Ubisoft event to play Tom Clancy’s The Division. You can find my overall impressions here (Choice quote: “There are quite a few options that assist in your eradication of the homeless and disenfranchised”), but now I can talk specifically about the PC version and the unexpected benefits it includes.

In a loot-heavy, time-consuming game like The Division, poor inventory management can have a cumulative effect: what begins as a trifling irritation can eventually become an incredibly frustrating endeavor. It’s like biting your cheek and continuing to chew gum afterwards. While The Division‘s inventory is serviceable on the Xbox One, it’s clear Ubisoft has spent extra time ensuring the PC version is as intuitive as possible.

The user interface is customizable: you can move windows around to find out what works best, scale them to the size you like, and change their opacity. Organizing your inventory is also much simpler, as you can shift-click multiple items to move them about, drag and drop gear directly on your character, or use tooltip pop-ups to compare stats. This all makes faffing about with your weapons quicker, so you can get back into the game right away. 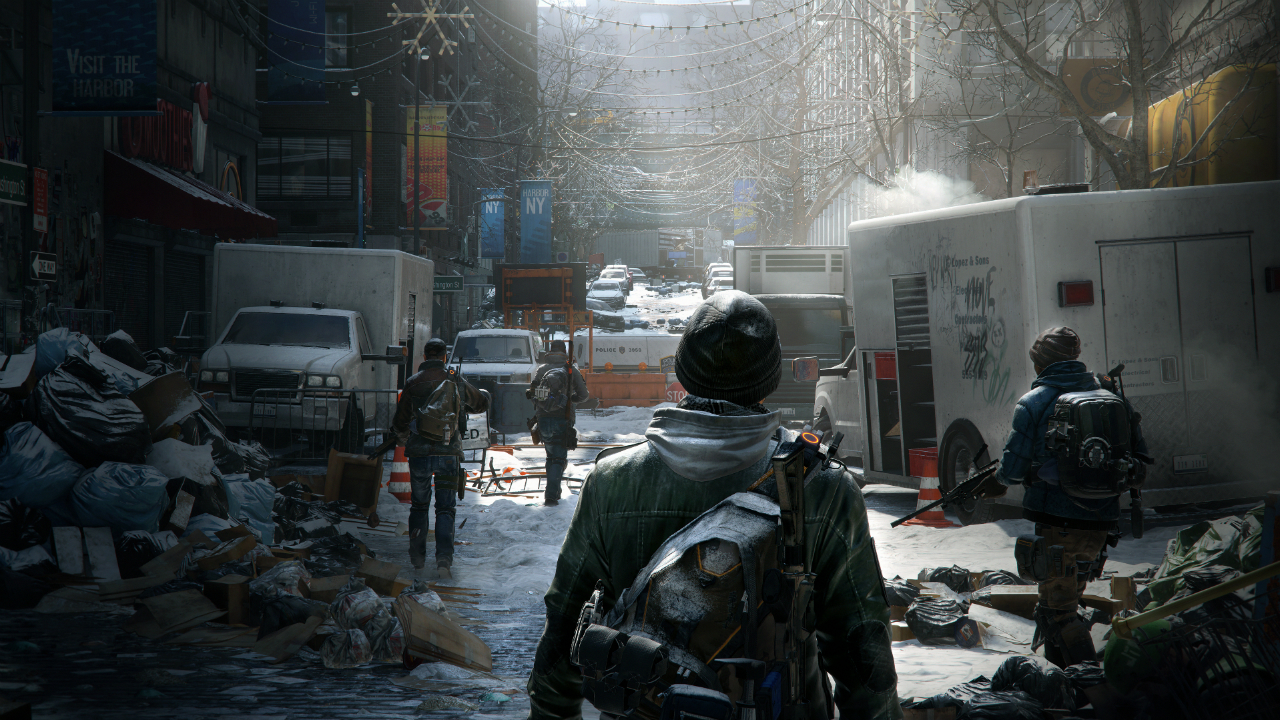 If you wish, you can also switch back and forth between the controller and keyboard without any re-calibration. Text chat also allows for communication between players if you don’t want to role-play like the actors in the game’s initial announcement. All of these little things sound like basic features in an MMO, but they’re usually forgotten in multi-platform titles, and it’s great to see them incorporated here.

Of course, you can make it look real purdy, too. The Division supports multiple video cards, 4K resolution, unlocked frame rate, HBAO+, and three monitors. I played it on two, and dealt with an amusing problem where my aiming reticle was between the two monitors whenever I used a scope, so I became the most useless sniper ever. Other than that, the PC version ran flawlessly, and the extra frame rate afforded by the more powerful hardware gave the game a punchier feel.

The only downside is that there will be no mod support. The team told me “Since The Division is an online, open-world action-RPG, its genre makes modding support technically challenging.” We’ll see what crafty players can come up with.

Tom Clancy’s The Division is planned for release on March 8, 2016.