Digital versions, ’cause, well, you know

Microsoft is going to sweeten the deal for anyone who’s interested in becoming an early adopter of its upcoming (and not even announced yet) disc-less Xbox One. A recent report indicates that the Xbox One S All-Digital Edition will ship with three first-party games.

According to Windows Central, the Xbox One S sans disc drive will be packaged with Minecraft, Sea of Thieves, and Forza Horizon 3. It’s not the latest and greatest group; the newest game is Sea of Thieves, which released exactly one year and one day ago. But there’s value and entertainment to be found among them.

The materials for this leak come via the supposed Xbox One S All-Digital Edition box. All three games are listed at the bottom, alongside the mention of a 1TB hard drive. It also seems as though Microsoft hopes to make it crystal clear that this model won’t play discs. There’s both phrasing and icons that convey its digital-only nature. (Although, this isn’t the actual final box; Windows Central did its best to recreate the packaging in order to protect its sources.) 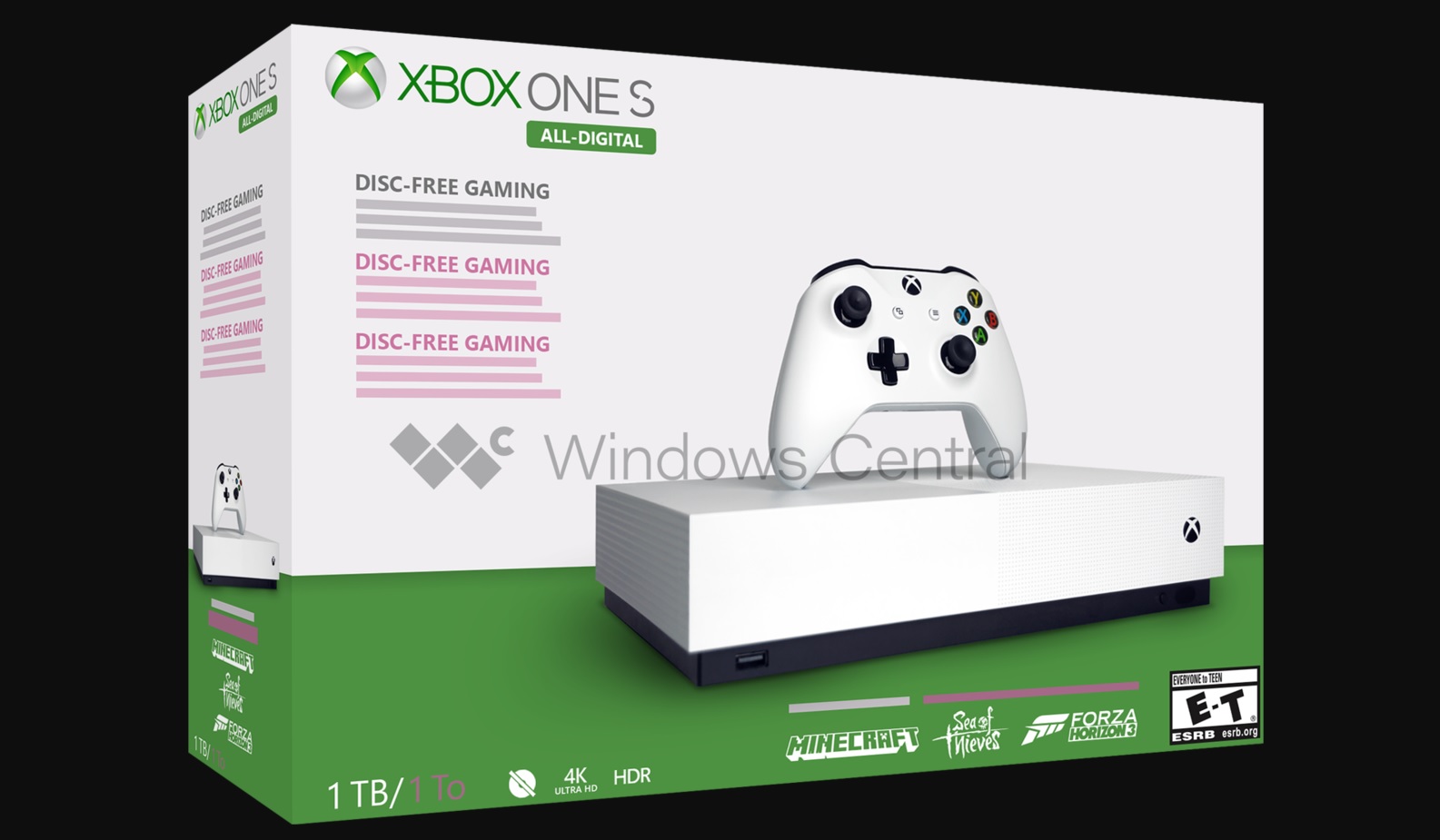 Apart from this new inclusion, the rumors haven’t really changed from early March when the Xbox One S All-Digital Edition was first reported on with any real veracity. Microsoft, though, still hasn’t unveiled this product. It’s possibly coming during an Inside Xbox stream in April, followed by a May 7 launch date. Time will tell. But, if this is priced under $200 (as rumors suggest) and comes with three pack-in games — well, that’s an enticing deal for anyone who doesn’t really need the disc drive.