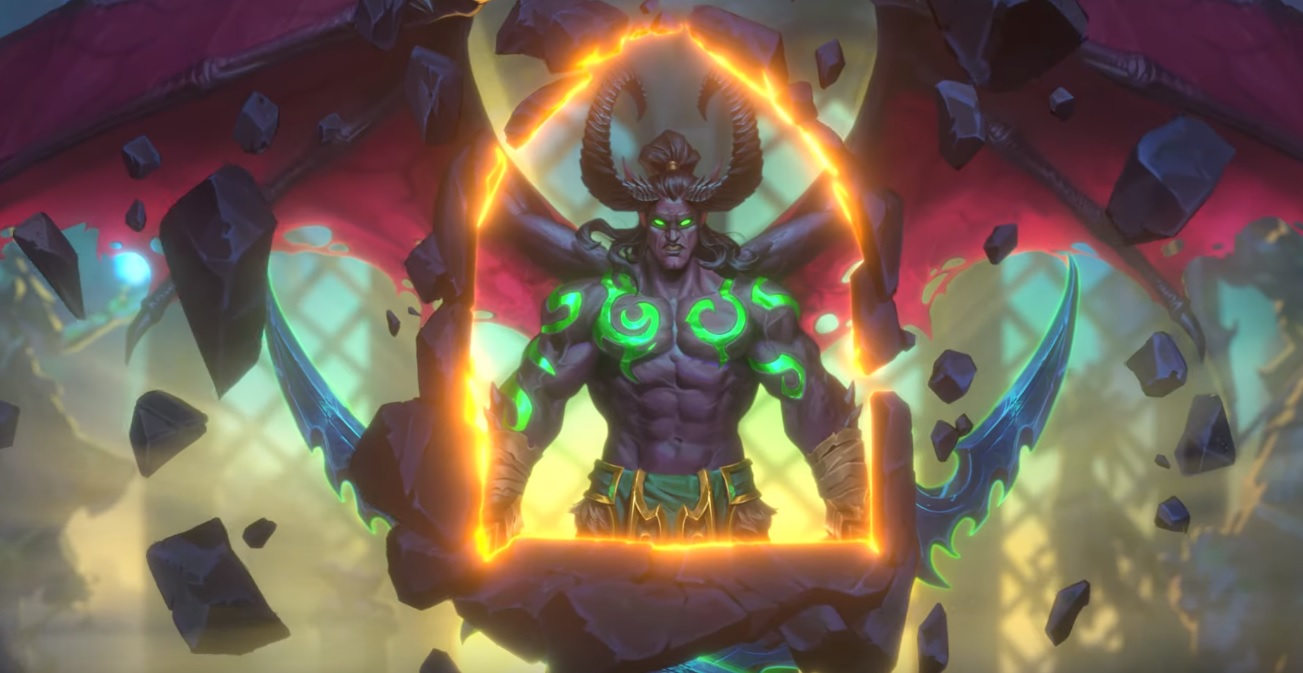 A pretty monumental change is coming to Hearthstone, which will result in a substantial meta shakeup: there’s a new class coming.

It’s kind of crazy that it hasn’t happened since Hearthstone‘s 2014 launch, but the Demon Hunter (represented by Illidan himself) is breaking into the tavern. His hero power is “+1 attack,” which isn’t all that exciting all on its own, but synergizes with a bunch of his cards that allow for burst lifeleech and “aggressive attacking.” He’ll also sport the “Outcast” keyword, which is class-specific and allows for kicker bonuses on cards if they are played from the “left or right-most position” in your hand.

On March 26, Illidan will be playable in Battlegrounds. Yet, the Demon Hunter will technically arrive in Hearthstone proper on April 2 via a free prologue campaign of four solo missions, after which he’ll be unlocked and ready to go with a 10 basic card set and a 20-card Initiate set, combining for a pre-built decklist. He’ll actually enter the fray for real on April 7, along with the Ashes of Outland expansion, which honors the Burning Crusade era of World of Warcraft.

I wish his hero power was a little flashier and I’m not sold on the Outcast keyword, but I dig the fluff behind Illidan, who is more than worthy of ushering in a new class.