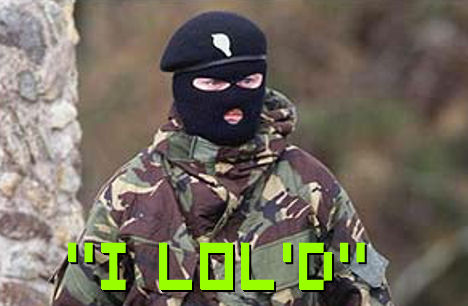 EA Sports recently committed a worrying faux-pas by playing the wrong national anthem for Northern Ireland in its FIFA 08 game. Instead of God Save the Queen, Electronic Arts accidentally used the Republic of Ireland anthem, the Soldier’s Song.

A war, you say? If you’re not aware of Ireland’s history of violence and conflict (as EA apparently isn’t), then you might find it hard to believe that those stereotypical images of cheeky Irish rogues with a pot of gold and a spring in their step are actually all out to murder each other with bombs and rifles. There has been death over far less than what Electronic Arts did.

Northern Ireland only very recently achieved peace, but it’s safe to surmise that the situation will still be tender over there. Something like this could have ended very, very badly had EA’s apology not been accepted.

“At EA Sports, we pride ourselves on delivering rich and authentic videogame experiences,” stated EA’s Shawn White, possibly with a gun pointing to his head. “We sincerely apologise for this error.” Luckily the apology seems to have worked and nobody needs to die. For now.

Up next, EA publishes Mohammed: The Official Videogame.