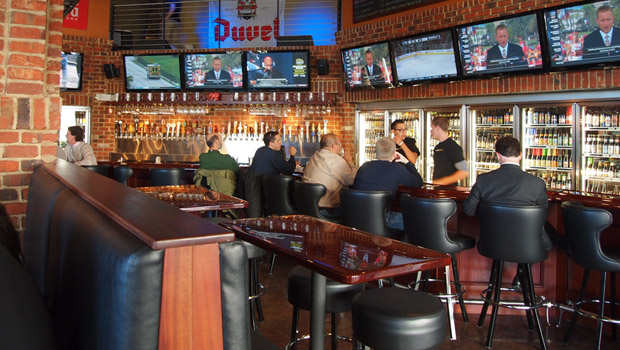 My brother turns 21 sometime on January 6, so I thought we would celebrate by going to World of Beer right at midnight and getting our drink on. If you’ve never been to a World of Beer… what have you been doing with your life? Most locations are in Florida, though there are some in other states. It’s just wall-to-wall booze from all over the world. Hundreds upon hundreds of varieties that you can sample and consume. It’s amazing. You have to go. Seriously.

Today, Podtoid records the first episode of 2012, the PS Vita isn’t going anywhere, Office Chat is back with a vengeance, SoulCalibur V is boobalicious, and SOPA still sucks.

Don’t worry, the PlayStation Vita is going to be fine

Epic does not support ‘the current version’ of SOPA

Analysts say the 3DS is ‘clear of the woods’

Dance the night away in SWTOR while you still can

Capcom has ‘not stated any stance’ on SOPA

Zelda: Symphony of the Goddesses Dates and Details

Flush the Goldfish is like Earthworm Jim, but he’s a fish