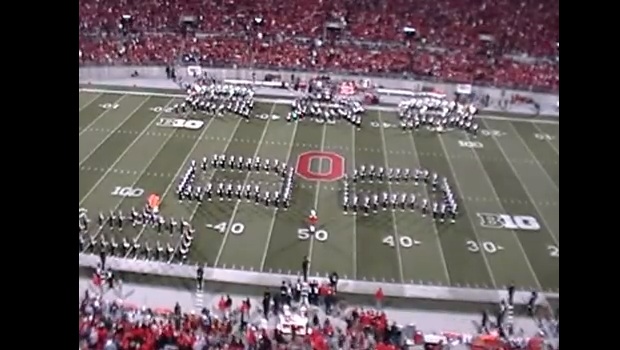 This video of the Ohio State University marching band playing a videogame themed half-time show over the weekend has been making the rounds all day, but I thought it was totally still worth sharing with you all. The parts where they form the Halo logo and the Triforce gets me every single time.

On this fine October Monday, people are claiming Resident Evil 6 has on-disc DLC, we reviewed XCOM: Enemy Unknown, people are mad at Modern Warfare 2 again, and so much more happened on 10/8/2012.

Forum thread of the day: The Dishonored Thread (page 7)

Dishonored gets a midnight launch event in Austin

The long, sad story behind Ubisoft’s I Am Alive

Rayman Legends is delayed until Q1 2013

Angry Birds Star Wars sounds like what you would expect

Job listings by Visceral Games hint at a new MOBA

If Super Mario were a Chinese kung fu crime drama…

ibb and obb coming to PSN in spring, looks cute

Battlefield: Bad Company is getting a TV show on FOX