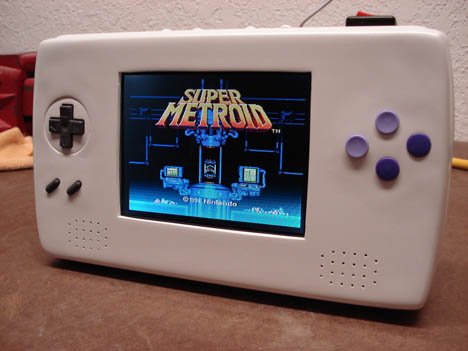 It’s a shame Nintendo never capitalized on making portable versions of their older systems. If Sega could do it with the Nomad, then Nintendo could have done the same thing with the SNES! Granted, they probably just wanted everyone to focus on the GameBoys. Still, it would be awesome to own an officially made portable SNES.

The Monthly Musing theme is announced, win a copy of Devil May Cry 4 for the PC, Ghostbusters has a release date but no publisher, Atlus reveals Eternal Poison, and plenty more happened on Monday.

Contests:
Contest: Don’t steal Devil May Cry 4 for the PC … win it! (Update)

There were a lot of stories on Monday so hit the jump for the rest of the Hotness.

Trailers & Videos:
Atlus’ upcoming license revealed: Eternal Poison
New and free Battlefield: Bad Company mode, Conquest, coming August 7
Rise of the Argonauts is an RPG, disagree and it’ll cut your arms off
Hey! You got your Mirror’s Edge in my Portal
Even more behind the scenes footage of Bionic Commando: Rearmed