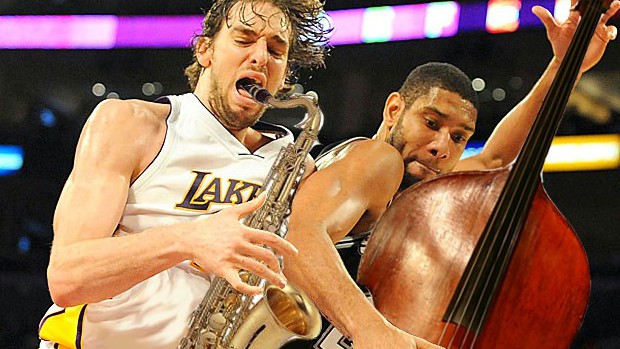 The Laker’s have a jazz band. I saw this picture on the internet, so it must be true. A picture can never lie. It’s a good thing that people don’t have a way to edit photos and change them.

Today we’ve got a video about how to correctly handle public relations, Valve squashes the Half-life 3  rumours, The Old Republic isn’t working right, and… well, usually I would say a whole lot more, but not today. Things are a little quite today. You’ll just have to read everything twice, or you can try reading them backwards. Or you can just spend your day playing around with Photoshop…

A tour of the Dungeon Defenders: Lost Eternia Shards DLC

Live show: Sony comes over to play on Mash Tactics

Forum thread of the day: The Great ‘Ocean Marketing’ Fiasco

Stranger’s Wrath HD out on PSN right now, only $15

Gamer endures 16 hours of DDR for a Guinness World Record