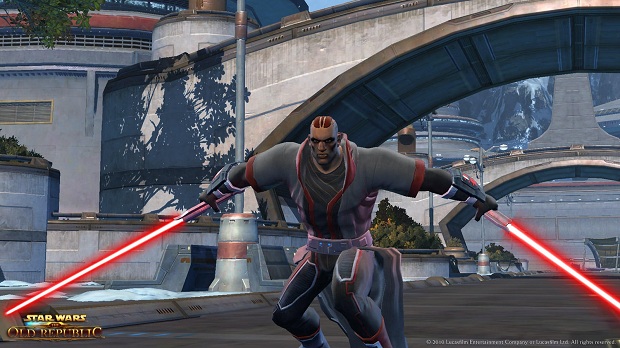 I don’t know how many of you are playing The Old Republic… so I’m going to pretend that you care either way. If you’re past level 25, you may have noticed something a bit frustrating- everything in the game is expensive as balls. Slicing was a small comfort to those of us not rolling in credits, and it was an easy way to just keep up with the ridiculously overpriced… everything. As of the path on Tuesday, however, everyone is now poor. Really poor. It’s a bit like our current real-world economic crap. So yeah… hopefully Oba… I mean BioWare fixes this soon so I can stop skimping on skill and equipment.

Anyway… Some stuff happened, Dtoid doesn’t like SOPA and I’m eating cake as I write this. Winter break is awesome.

The DTOID Show: Skyrim vs Saints Row: The HOLIDAY EDITION

Why I would rather have Steam DRM than no DRM

Forum Thread of the Day: Star Wars: The Old Republic

How to use PS Vita with more than one PSN account

Konami punishes woman for getting pregnant, gets sued

Eggman and Wily battle to the violent end

See how PSP MGS: Peace Walker is better on the PS Vita