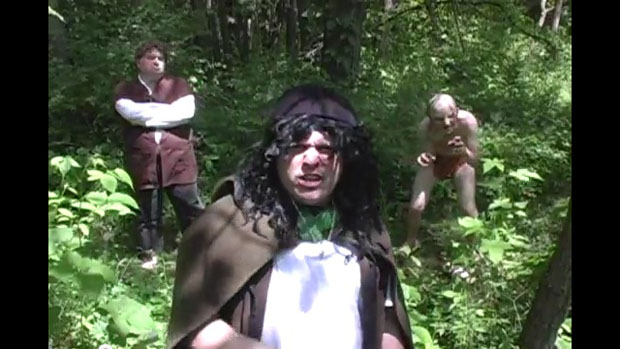 So, there’s totally a new Hobbit movie coming out. Not only is there the sweet-looking Guardians of Middle Earth game, but the great Luke Ski has finally put up the video for his 2003 Dr. Demento hit (and Eminem parody) “Stealing Like A Hobbit”. Ah, tie-ins…the heart and soul of pop culture.

Stuff totally happened today on Dtoid, like Victoria’s review of the new eSports Gaming Mouse, Allistair’s impressions of the aforementioned Guardians of Middle Earth MOBA, we finally found out what’s going on with Game and Wario, and more.

Community:
The Network Roundup: I think the world is ending
Community blogs of 12/5
Forum thread of the day: Guardians of Middle Earth

Media:
Streets of Rage 3D game footage leaked
All I’ve ever wanted in a videogame: Dungeons & Golf
Dragon Quest X on Wii U will use cloud saves
Namco Bandai announces Project Versus J
Wii Fit U to include 77 training events, coming 2013
Zen Pinball 2 launches into Wii U eShop this month
Pikmin 3 is looking better than ever in this new footage
Trials Evolution ‘Riders of Doom’ DLC drops soon