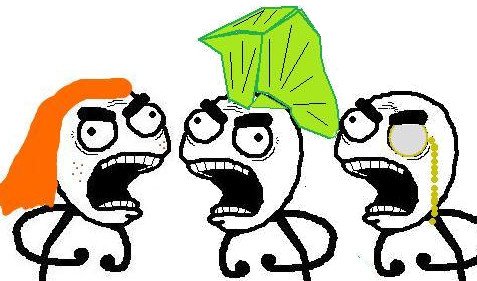 I spotted this Podcastle graphic last night while on the Forums and immediately died laughing for about five minutes. Awesome things happen in the Forums, people.

Podtoid 86: This podcast is a LIE

Starcraft 101: Sitting in on Berkeley’s class on Zerg rushing

Game Debate to the Death! BioShock VS Fallout 3

Forum of the day: How to maximize your RFGO experience

Playing With Yourself: Isolation, puberty, incest, and old prisons

Pong-Karuga, the bastard child of Pong and Ikaruga

Mail random crap to our office, win a video game of your choice!

Capcom on Wii: total sales numbers of titles is surprising

New maps announced for Call of Duty: World at War

Atlus spoils us again, soundtrack CD to be packaged with The Dark Spire

Everybody walk the dinosaur: The making of the Super Mario Bros. movie

What do Gillette and gaming have in common? Sponsor desperation

Major Minor’s Majestic March trailer: there’s audio, but not as good as Nick’s

Noby Noby Boy trailer: what in the hell is going on here