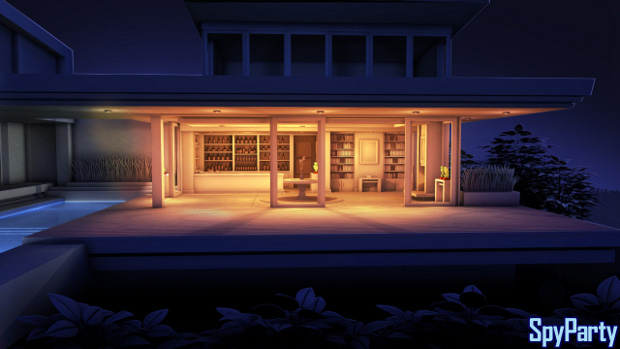 For years now, we’ve been talking about how unique SpyParty is, in spite of its awful placeholder graphics. After seeing the images in Patrick’s preview of the new environments, it is finally a game we can show to regular people without having to worry that they think we have lost our minds.

Otherwise on Destructoid, the Podtoid crew released another episode, Chris reviewed Dropchord, some Pokémon Mega Evolutions were shown, the Year of Luigi continued, and so much more happened on this fine day.

Events:
Luigi takes over the ‘L’ train in Chicago

News:
Bungie’s designing Destiny to deal with trollish behavior
Brothers – A Tale of Two Sons also coming to PS3, PC
Lords of Shadow 2’s Dracula still evolving as a character
Dust 514 2x Skill Point week-long event is on now
Wonderful 101 had longest dev time for a Platinum game
Here is Namco Bandai’s UK release schedule
Call of Duty: Black Ops II’s final DLC is ‘Apocalypse’
New Pokemon and ‘Mega’ forms revealed for Pokemon X/Y
Nintendo Download: DuckTales, Mario & Luigi
Capy’s Below is a timed exclusive for Xbox One
Iwata: Nintendo going third party is bad in the long term
Payday 2 is profitable and it’s not even out yet
Introversion, F1 2012, and Sanctum 2 are your daily deals
PlayStation All-Stars Island wants you to drink Coke Zero
PS Plus won’t be required to stream/record videos on PS4
Report: Amazon is developing an Android console too