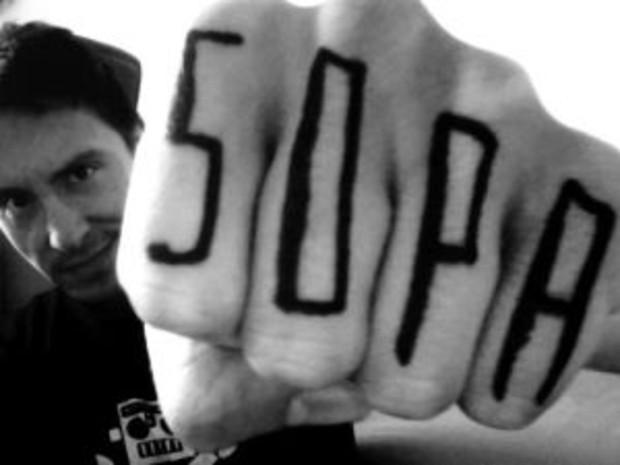 By now I am sure everyone is acutely aware of the Blackout that took place yesterday. A bunch of sites including Destructoid went down for a bit to protest the SOPA and PIPA bills. Other protesters included Red 5, the studio behind the upcoming free-to-play MMOFPS, Firefall,  and some website called Wiki… something. I can’t remember.

Former World of Warcraft Project lead Mark Kern and current CEO of Red 5 did his part by starting a petition on Change.org and a new organization designed to counter the ESA and their policy- the League for Gamers and Destructoid will be hosting a a live interview with Red 5 tomorrow at 4pm PST.

Podtoid 185: My Cock Is Covered In Tiny Monkeys

Feast your eyes on The Darkness II demo walkthrough

Join Destructoid and Red 5 for a Firefall stream Friday!

Forum Thread of the Day: Sh*t People Say on Facebook

Preview: UFC Undisputed 3 turns me into a bro

Play as Alucard the Vampire in the new Magicka expansion

Shank 2 stabs its way onto PSN, PC, and XBLA in February

Sonic the Hedgehog is all up in your PC with games

Power up with Ian Flynn, writer of the Mega Man comic

Meet the heroes of Binary Domain, The Rust Crew

3DS gets Resident Evil Revelations demo, more on the way

D&D Online going to the Forgotten Realms this Summer

Choke on some new Kingdoms of Amalur: Reckoning screens

Soar above the clouds in this Kid Icarus Uprising trailer