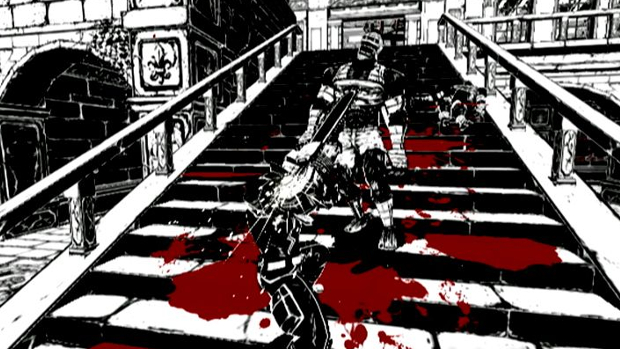 In aggravating news, United States Vice-President Joe Biden recently stated in regards to a “sin tax” on violent media (proposed by Reverend Franklin Graham, son of Billy Graham) that there is “no restriction on the ability to do that; there’s no legal reason why they couldn’t.” As GamePolitics points out, there are indeed reasons (and precedent, even!), but let’s not let mere trifles like those keep us from throwing the first amendment out the window so people can buy guns without background checks. Instead of a sin tax that “could be used to help victims of violent crimes involving guns,” maybe less guns and rooting out other causes of gun violence would be better starting points.

Today, Capcom announced its new, sexy Resident Evil Revelations costumes would be unlockable and not DLC, harkening back to a day when we weren’t getting nickel and dimed for neat things, Patrick Hancock reviewed Reef Shot (it’s not Afrika, I bet) and offered some choice DOTA 2 fiscal advice, Namco announced a new Pac-Man game because it’s a hip and with it company, Chris Carter reviewed Metal Gear Rising DLC, and more!

Community:
Community blogs of 5/14
Forum thread of the day: Injustice: Gods Among Us (Throw Everything Edition)

Contests:
Contest: Are YOU the Internet’s Next Top Streamer?

Media:
New Pokemon X and Y footage shows off new creatures
Raphael SMASH in this TMNT: Out of the Shadows trailer
Watch Twitch on Xbox 360 with the new dedicated app
Rayman Legends trailer goes all Mission: Impossible
Pac-Man and the Ghostly Adventures is what it sounds like
Capcom confirms crazy costumes for RE: Revelations
The Novelist is a game that proves life is difficult
Payday 2 will also launch at retail this August
Humble Double Fine Bundle adds a bunch of prototype games
The WWII dogfights of War Thunder are headed to PS4
Dubstep comes to Sound Shapes
Survarium alpha offers an early look at gameplay
Madcatz employee joins the cast of Divekick
There’s something about roguelike puzzler Road Not Taken