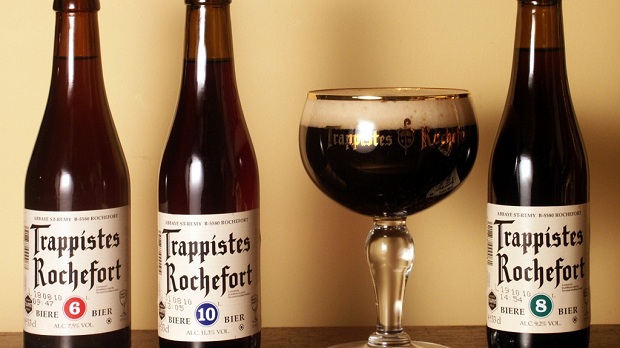 Not too many people know this, but I’m a budding beer snob. Thanks to JRo, Conrad, and plenty others giving me crap about my beer selections last PAX Prime, I’ve started trying to broaden my horizons, get out and try new beverages.

Tonight, I had a Rochefort 10. Friggin’ delicious. A Belgian Trappist ale that has a strong nutty flavor and a really sweet aftertaste. Not as good as an oatmeal stout I had on Christmas, or the Pumpkin Ale from last fall, but still pretty fantastic. If you’re of age in your area, you should give it a shot.

Blipfest 2012: The past, present, and future of chiptunes

The winner of the battle of the E3 2012 predictions!

Forum thread of the day: The Bar

Archie Sonic also getting love with a Comic-Con variant

Iwata states that the Wii U will support free to play

Jaffe isn’t excited for Wii U, thinks consoles are dying

Logitech’s new MMO mouse has weird buttons on the side

Expect to hear more about Overstrike later this summer

Crack the whip in Belmont, the Castlevania concept album

Time Cowboy art will make you feel feelings and stuff

Resident Evil: Retribution trailer craps all over itself