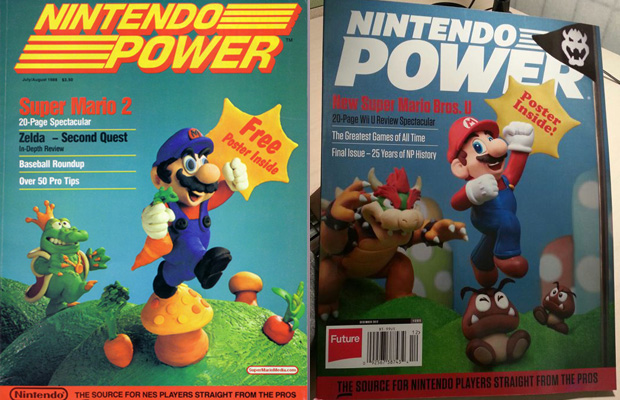 I’m still in awe over how amazing the cover to the final issue of Nintendo Power is. I can’t wait to purchase a copy for myself. End of an era, truly.

Today, Jim Sterling knows the Wii U is the tits and delivers two features to prove it, Cblogger GlowBear has a fine piece about emotions in games, Joseph Leray reviews the Borderlands 2 DLC “Mr. Torgue’s Campaign of Carnage,” Satoru Iwata blows minds, and Sega just blows.

Destructoid Originals:
Black Ops II Wii U: the preferred console experience?
The DTOID Show is going live today with ALL OF THE CODES!
Wii U is blatantly better than PS3 and Xbox 360 COMBINED
Friday Night Fights: Firefall beta weekend!
This weekend on Dtoid TV: PlanetSide 2 practice
The DTOID Show: Sony’s New Controller, God of War & THQ
Community:
Promoted blog: Gimme some emotionCommunity blogs of 11/30
Forum thread of the day: last game purchased. is the money really worth it?