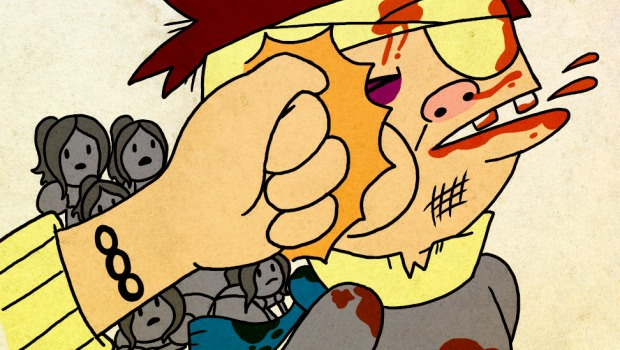 Ashley showed off all the art she used for the pilot episode of Once Upon a Pixel. It’s so cute! And violent!

Dale not-reviewed Demon’s Soul, Jim reviewed Undead Knights, Call of Duty is getting a movie, the FTC needs to back off our Kool-Aid, Lara Croft looks hot in her Borderlands makeover and more happened on 10/05/09.

The art of Once Upon a Pixel: BioShock

Nothing is sacred: The taking of life

Forum of the day: Do you EVER read the game manual?

Mastiff teams with Remington for gun-related fun on Wii

Alan Wake could have been done long before now

Raskulls dev says you WILL believe in the teapot

World of Nintendo Tour brings creepy Mario to your town

The Getaway 3 and Eight Days not canceled

Dust 514 jumps in bed with micro-transactions

Have some GTA IV: The Ballad of Gay Tony Achievements

PSPgo sales ‘in line with expectations’

Get your MAG recruitment kit and poster at…7-Eleven

UK retailers reduce the price of the PSP Go

Break-dance fighting and beaches in the Crystal Bearers

The Saboteur smacks a Nazi, rides a train in new screens