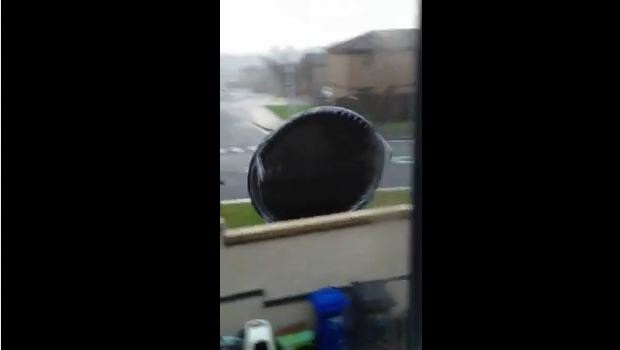 This guy is far too excited to see a trampoline. Actually, I’d probably have the exact same reaction to a trampoline suddenly rolling through my front yard.

Apparently Resident Evil 6 is going to have 6-player co-op, hackers got PS3 titles to play perfectly on a PS Vita, Wesley checked out Street Fighter X Tekken and so many other awesome things happened on 1/23/2012.

An almost interview with the Indie Game: The Movie gang

Move over, SOPA: ACTA is coming to Europe (and the WORLD)

Yep, Twisted Metal is getting an online pass

Microsoft: 360 lineup is about quality, not quantity

Guild Wars 2 coming later this year with betas in spring

PSVita Uncharted and Resistance to get multiplayer

PS Vita goes all Dual Shock with these grips

MS dates I Am Alive, Alan Wake, Warp++ and Nexuiz

Capcom Digital Collection gearing up for release in March

The Game OverThinker examines the future of piracy

HBO looking to turn Indie Game: The Movie into a TV show