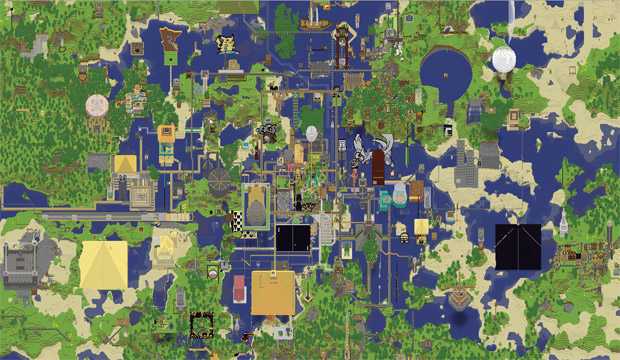 CES is in full go! Dale North is on the scene and will be bringing us a ton of coverage all week long. We’ve already heard a few things, such as Hulu Plus and Netflix getting Kinect support and that an iPad 2 is going to be announced soon. We also reviewed Ilomilo, previewed Bit.Trip FLUX and the first real Catherine gameplay trailer makes it look really hard.

Oh, and our Minecraft server is INSANE!

CES: Who needs consoles when you have a Panasonic TV?

CES: Hulu Plus, Netflx getting Kinect support this spring

Torchlight, Beyond Good & Evil HD out on XBLA next month

Crazy things are happening on the Dtoid Minecraft server

Destructoid: iPads and He-Mans and Buttcheeks

Contest: Win a Sumo Lounge beanbag chair of your choice!

And the Bulletstorm nutcracker winner is…

PS3: It only does custom Firmware (against Sony’s wishes)

Get your read on: Halo Cryptum novel out now

PacMap turns your city into a game of Pac-Man

Free App of the Day: Mirror’s Edge (in a few countries)

Salivate over this Beyond Good & Evil teaser trailer

Professor Layton and the Mask of Miracle screenshots

Disgaea 4’s special attacks are crazier than ever

Voxatron is another one for the old human memory banks