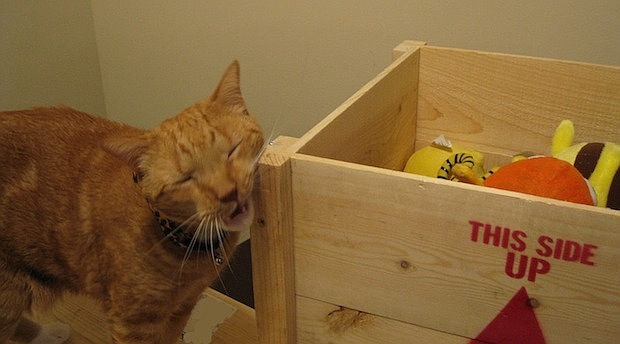 Brad Nicholson received a bunch of plushies. The plushies were light, so he couldn’t use them as weights. Instead he threw the plushies at his overweight cat in a fit of rage. What a jerk.

Take a survey about Dtoid and maybe win some cash, we dropped some The Ripper details on you, Nick reviewed Critter Crunch, Metal Slug XX coming to the PSP, GTA IV is now a Platinum Hit and more happened on 10/06/09.

Take a survey about Dtoid, win $100 if you’re lucky

Podtoid 119 is tonight, not necessarily about zombies

How f’ing metal is Borderlands?

We are giving away five 2010 Nerdcore calendars!

BusinessWeek: Nintendo is like, the best company of ever

Magicka: A tale of Norse mythology and bloody explosions

UK EyePet release not affected by US delay

DSiWare getting ANOTHER F*CKING CLOCK!

Sony winning is best for the industry … says Sony

Gamers to use real security cameras to spy for the cops

Beneath a Steel Sky – Remastered hits iPhone this Friday

How Persona 4 fared when it comes to sales

And the mysterious new Zen Pinball table is …

Nintendo on Holiday 09: We have a ‘tremendous amount’

Public beta for next Xbox 360 update happening this month

NFS: Shift plus five more from EA arrive on Steam

Tale of Tales’ Fatale puts a price on ambiguity: it’s $7

This shirt is TOTALLY not Left 4 Dead related

The modern day sequel to Don’t Copy That Floppy