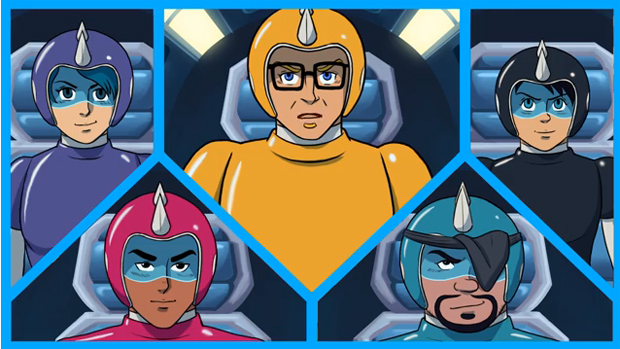 MC Frontalot did a Kickstarter last year to raise money to make a music video. He raised so much, he made three. The third of these just hit the intarwebs Monday night, and if you’re a Voltron fan, it’s quite a good tribute to the animation style and show, and features other awesome nerdcore acts Zealous1 and Dr. Awkward (who recently released his Ocarina of Time sampled EP “Boy Without A Fairy”). It’s worth your eyeball time.

Today on Dtoid, Jason checked out the game music guitar work of the Altered Beasts, as well as other newly released game soundtracks, Hamza previewed the DC Comics-centric new Scribblenauts title, Allistair reviewed Anomaly 2, Gran Turismo 6 was announced, and more news than you can shake an evil nematode at happened on the fifteenth on May in 2013.

Previews:
The next Scribblenauts is set in the DC Comics universe

Offbeat:
How eager nipples and a tight thong fought casual sexism
Sonic is a pirate! Covers for Sonic Universe #55
Rhymedown Spectacular: The Quest Not Taken

Media:
First screens for Magicka: Wizard Wars revealed
A remake of the Amiga’s Putty Squad is coming this year
Gran Turismo 6 hits PlayStation 3 this holiday season
Assassin’s Creed IV gets another gameplay trailer
Ace Attorney – Dual Destinies gets a Japanese web demo
The Eevee 3DS XL is officially revealed for Japan
These are the 20 best-selling brands from this gen