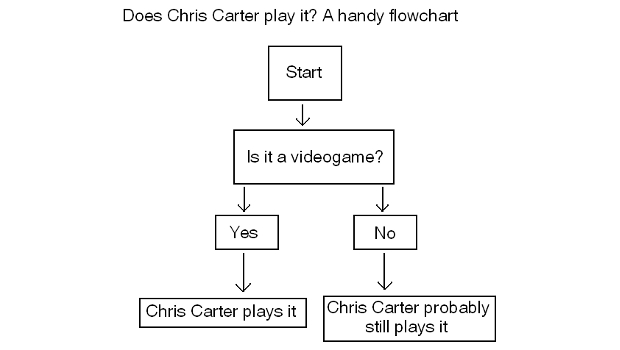 So, if you haven’t heard, Chris Carter plays every videogame in existence to completion. How the hell does he do it? Your guess is as good as mine. However, Chris has finally put together a handy guide, spilling the beans on how it’s humanly possible to find the time it takes to play so many damn games.

Speaking of videogames, today Jim reviewed Metro: Last Light, we asked when it was appropriate to use crowdfunding, we checked out XCOM Declassified, Ace Attorney 5 is coming to the 3DS this fall, and so many other fantastic things happened on 5/13/2013.

Destructoid Originals:
When is it inappropriate to use crowdfunding?
A handy guide to finding time to play videogames
Live show: The Incredible Adventures of Van Helsing
Beware the chicken thief of Santa Lucha

Previews:
XCOM Declassified is still a strategy game at heart