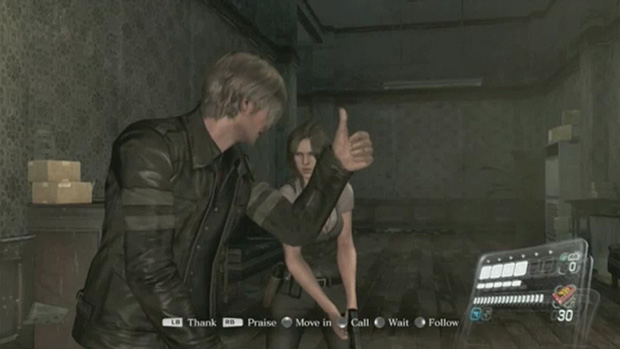 Way to go, Capcom. You totally knocked that one out of the park. I really mean it.

Other than Jim Sterling’s Resident Evil 6 review, we were treated to some hot, moist content today. Jonathan Holmes delivers a clip from yesterday’s Sup, Holmes? episode with Derek Yu, I interview the creative director of Multiverse Studio’s Bobble Budds, our Dtoid.TV guru Rick Foom celebrates one year with the site, Fraser Brown previews Chivalry: Medieval Warfare, and we recap the Cblog happenings for the month of September.

Bob yo’ head! A chat with Bobble Budds’ creative director

Live show: Help me celebrate my one year with Dtoid!

This Month in the Community: First edition!

This Week in the Community Blogs: Mooned

PS Vita has a … you guessed it … ten-year cycle!

These select eShop games come with a Donkey Kong freebie

The tipping point! Chiptunes = WIN gets an expansion pack

Kodykoala’s battle-damaged Proto Man is hard to the core