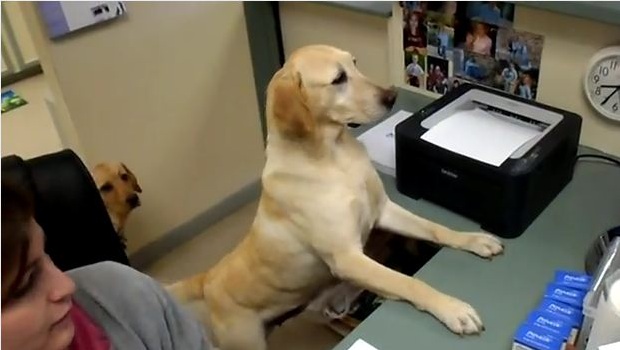 This video is cute and everything, but it’s a little sad to see the dog in the background. He seems so jealous of the main dog. When will he get his chance to shine and show off his talent? He didn’t even get a treat at the end!

Today, no one was surprised to see SSX was getting an online pass, the FRC made some bold claims about The Old Republic, Harry explained how to survive our first night in Terraria and so much more happened on 1/30/2012.

How to survive your first night in Terraria

Location: The cold and the beautiful

Forum thread of the day: Sexy Ass Nerd Valentines That Will Get You Laid

Hands-on: Quad-wielding with The Darkness II

Shocker: SSX has an online pass

FRC: The Old Republic is full of homosexual activists

PSA: Susan Panico leaves her post at US PSN

Resident Evil for Game Boy Color to be leaked for $2,000

Bloomberg: The real cost of being a videogamer is $17,077

Ain’t neva gonna do it without the Fez on…XBLA

Everquest is thirteen and free

Okay, now THIS is a Zelda fan animation!

King Arthur II: The once and future king returns today

Dragon Age: Dawn of the Seeker releasing in Spring 2012