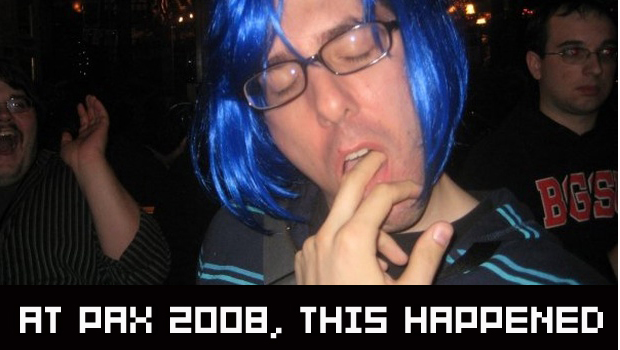 A ton of PAX 2009 details were revealed earlier today. The musical groups are set, over 60 exhibitors will be at the show and it’s going to be an all around great time. PAX 2009 is limited this year though, so you better get your passes before it’s too late!

I brought you a preview of BioShock 2, the Game Boy turns 20, World of Warcraft gets even more addictive, FUEL is looking hot and plenty more happened on 04/23/09.

Forum of the day: Expressing Joy

Win the Lord of the Rings Online Collector’s Edition

Things you really need to own: the Braid soundtrack

Final Fantasy XIII demo: What will change in the final

Europeans: Capcom throwing an SFIV tourney just for you

It takes three continents to screw in a BioShock 2

Sleep with your eyes open: the Golgo13 eyemask

No joke: Play as the Joker in Batman: Arkham Asylum (Update)

Is this an exclusive sneak peek at the new Bit.Trip game?

IRL is dead: World of Warcraft gets Peggle

FUEL has a ridiculous GPS, this video proves it

Huxley: The Dystopia gets a new teaser site, we are teased

Check out this Wolverine dev diary about location, bub