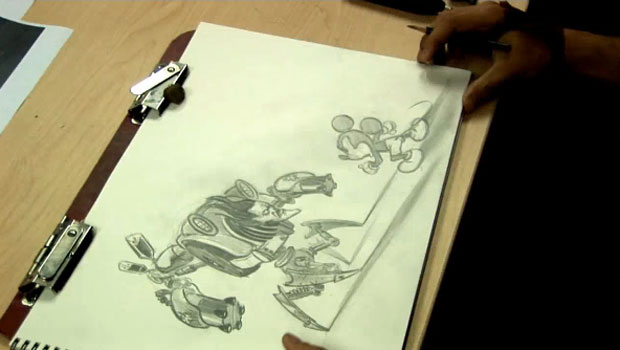 Some concept art for Epic Mickey was revealed. It looks pretty epic! Yeah … get used to the word epic being over used again for the next year or so, Internet.

The new HAWP cast is up, we reviewed Brutal Legend, take a look at the making of Q*bert, Dale reviewed Forza Motorsport 3, Splatterhouse is still in development, Queen wants a Rock Band game and more awesome happened on 10/13/09.

Dawn of War II getting The Last Stand tomorrow

Forum of the day: Demon’s Souls

Brutal Legend is out today, we’ve got stuff to give away

ESRB denies charging too much for PSP Mini ratings

Walmart to sell that f*cked up crazy Christian game

Celebrate 2D Boy’s birthday and get World of Goo cheap

Zombie Cow: Games journos should be forced to make games

Fist of the North Star meets Dynasty Warriors? What?

Dragon Age: Origins DLC planned for the next two years

Kojima: Peace Walker will make you buy a PSP

Dawn of War II getting The Last Stand tomorrow

Assassin’s Creed 3 may take us to World War II

Capcom: SFIV’s Abel could have been a little girl

Tis the season: there’s a pumpkin carving sim on XBLA

BioWare loves Jade Empire, would like to make more

Torchlight getting a day-and-date Steam release

Kenka Bancho: Badass Rumble screens are not assy at all