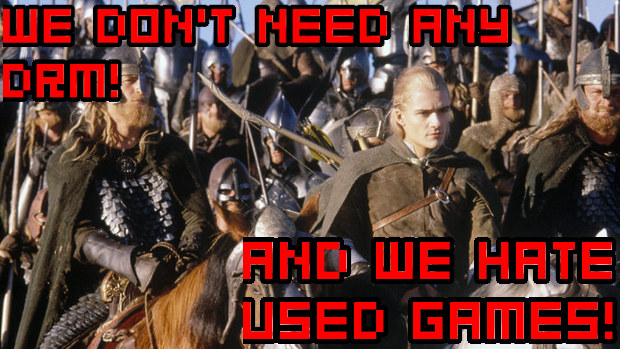 I tried to be clever by combining three headlines into one headline. Then, I tried to make my humor visible by creating a clever photoshop of my stupid joke. By the time I finished, I realized that none of it was funny. I decided to use this non-funny headline and picture anyway, just for the sake of irony.

Anyway, here are some links to some cool stories. We’ve got the usual round up of Podtoid, the DTOID show, some reviews, previews, and videos for your enjoyment.

The Destructoid Show LIVE in San Francisco on February 3!

Preview: The roads are empty in Ridge Racer for PS Vita

Zynga rips off Tiny Tower, gets called out by devs

Rumor: Next Xbox to be six times more powerful

Persona 4: The Golden has a new town, moped travel

Paradox: DRM is a waste of money

Terraria is about to get physical

Netflix doesn’t have any plans to rent out videogames

One Piece: Pirate Musou stretches its way into my heart

Death is EVERYWHERE in this terrifying Darksiders II vid