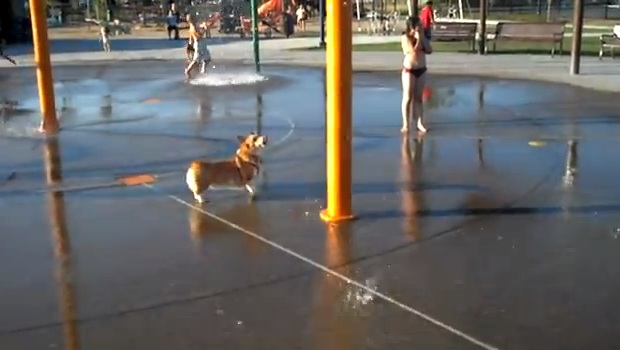 If I was that corgi I would have done the same exact thing. Actually, even if I wasn’t a corgi I still would have.

Today in videogames, Borderlands 2 will have a “girlfriend” tree, we reviewed Dust, PlayStation All-Stars was pushed back a bit, we’re giving away Darksiders II collector’s editions, and many more amazing things happened on 8/13/2012.

The Network Roundup: The Jaws of love

Talking to Teddy Diefenbach about The Moonlighters

PSA: Cave shooters on sale for iOS platforms this week

Nintendo dates many 3DS games, pushes back Luigi to 2013

Handheld Neo Geo due out this December, won’t be cheap

Medal of Honor site wants you to buy some guns

New Indie Royale bundle has SOL: Exodus and much more

Steam Community is getting a massive overhaul

Borderlands 2’s villain challenges you in a new trailer

FIFA 13 to include ‘Skill Games’ mode