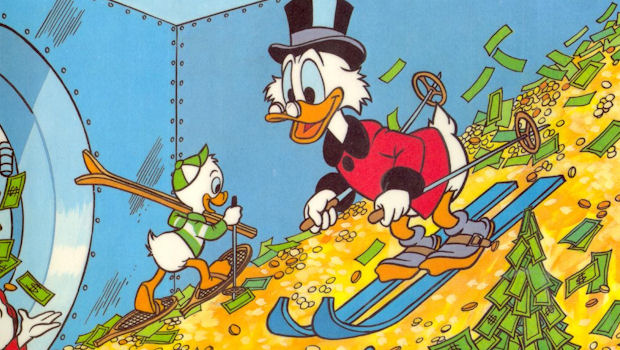 I feel like hunted prey, sneaking glances over hunched shoulders. It’s like a lot of things happened today, but nothing happened, simultaneously. E3 is coming, and you know what that means: I’m about to jump in a gosh darn replica of Scrooge McDuck’s Money Bin! I’m so excited. Also, there will be some video games to play and tell you all about, I guess.

Community:
Community blogs of 6/4
Forum thread of the day: Halo 6

Offbeat:
Peep this: The lovely evolution of Nintendo controllers
Dark Link gonna mess you up
Check out this Red Dead Redemption fan film trailer
The Call of Duty dog gets his own animated short film
Join a gaming focus group, get paid if you qualify