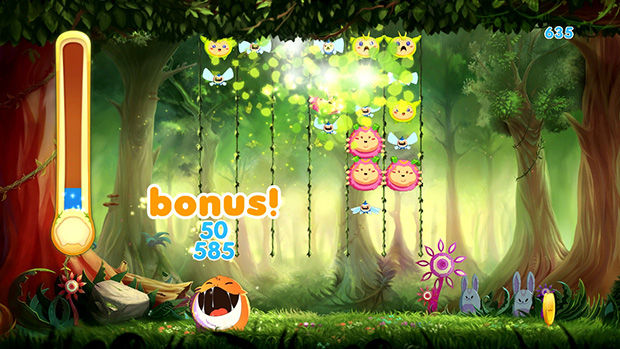 Critter Crunch is one of the best puzzle games on the PSN and it hasn’t been selling all that well. What the hell, guys?! Buy it now!

Nick got some disgusting JU-ON swag, Peach isn’t a playable character in New Super Mario Bros. Wii because she’s a c**k-teasing whore, we brought you an exclusive look at Dungeon Fighter Online, the Eurogamer comment thread is full of win and more disturbing things happened on 10/16/09.

No promise we’ll see Super Guide in other Nintendo games

Nothing Is sacred: These walls have torn my world apart

DSi shooter System Flaw has you spinning like an idiot

Uncharted 2 would be ‘very different’ without Blu-ray

Sony: Blame publishers for not getting PSP games on PSN

Sick of teaser countdowns? Resonance of Fate counts UP!

Here’s the full list of tracks for Band Hero

Get in the Halloween spirit with Nintendo pumpkins

The original Big Daddy wants a place on your desktop

Scorpion takes on Donkey Kong in this match made in Hell

Tatsunoko Vs Capcom screens up in your face, mofos

Bayonetta: New attacks and enemies to gawk at

Aliens vs. Predator trailer finally brings us the ALIENS

Jurassic: The Hunted pits you against bloodthirsty dinos

God of War Collection trailer is a reminder of awesome

Chronology: Star Trek Online has it