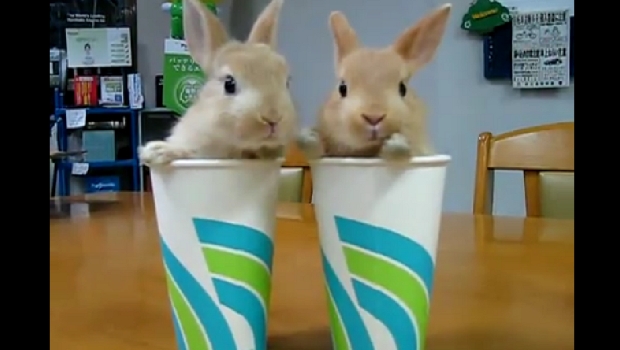 Bunnies are cute, right? Their following, at least on the internet, seems disproportionate to how soft they are — they’re super soft! Plus, they have the advantage of being incredibly tasty, especially when slow cooked in a crock pot. So tender!

Today, we had a bunch of cool tech from CES on display, the newly-familiar Podtoid trio recorded, The DTOID Show blinded us with a quick and bright newsflash, we talked about some of the most exciting PlayStation 3 releases of 2012 (hint: buy all the Ni no Kuni: Wrath of the White Witch), and more!

Forum thread of the day: The Bar: Part 2

CES: The Chameleon X-1 is a mouse and controller in one

Square’s Winter of RPGs continues with its Origin

XBL sale: Dungeon Defenders, Orcs Must Die!, and others

Peep at these 3D Mutant Mudds screens on your 3DS

Exclamation! The Swapnote RPG gets a brief tutorial

GenkiBowl VII is coming to Saints Row: The Third