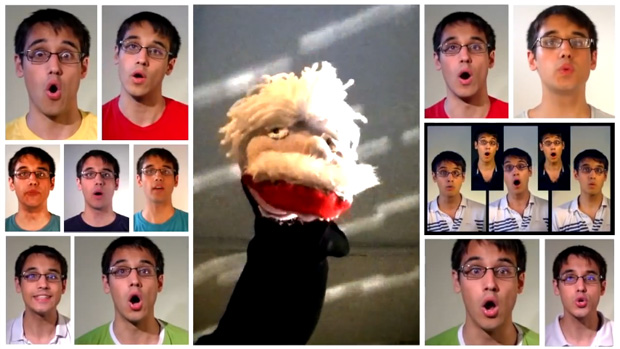 You could spend many years in grad school accruing massive amounts of debt to earn a master’s degree in quantum physics. Or you could watch an a cappella parody of “Bohemian Rhapsody” that condenses all the material in six minutes. Your choice.

I’ve only got two words for you: Puppet. Einstein.

Today, Dale North continues his amazing tour of the Tokyo Game Show, new episodes of The Daily Spelunk and Now Bloody Playing beam into your brains, Chris Carter recommends some Vita games, Angry Birds Star Wars II gets reviewed, Grand Theft Auto V has made more money than Jesus, and La-Mulana 2 will kill us all.

Community:
Friday Night Fights: Thefting all the grands and autos Community blogs of 9/20
Forum thread of the day: iOS 7: An Update or Merely Andrapple

Events:
Digging for depth in Deep Down
Hands-on with the new PS Vita, remote play PS4 test
TGS: She doesn’t look very Gung Ho about her job
Lightning Returns at TGS: Open worlds, cool costumes
Dead Rising 3 makes me happy with how crazy it is
Not bad at all! A Realm Reborn running on Surface at TGS
Yakuza Restoration looks incredible