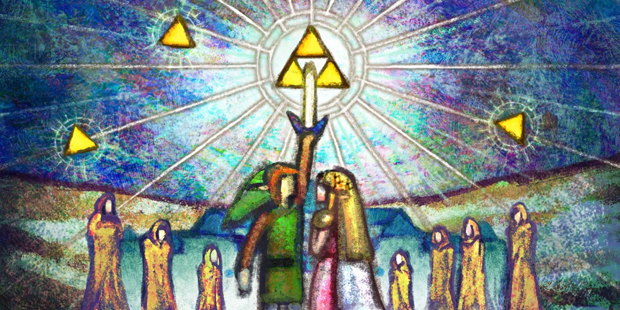 Yeah, I think this bit of art from the upcoming Legend of Zelda: A Link Between Two Worlds is my new desktop image.

Today, Conrad and Jordan brought us another Wake Up!, this time with Eldritch, Chris gave us some very quick tips for GTA‘s Online component, Fraser took us on the journey of Forced, Slot Revolution got its hooks into Dale, and more happened on the 2nd of October, 2013.

Contests:
Contest: Your first Xbox One or PS4 game is on us