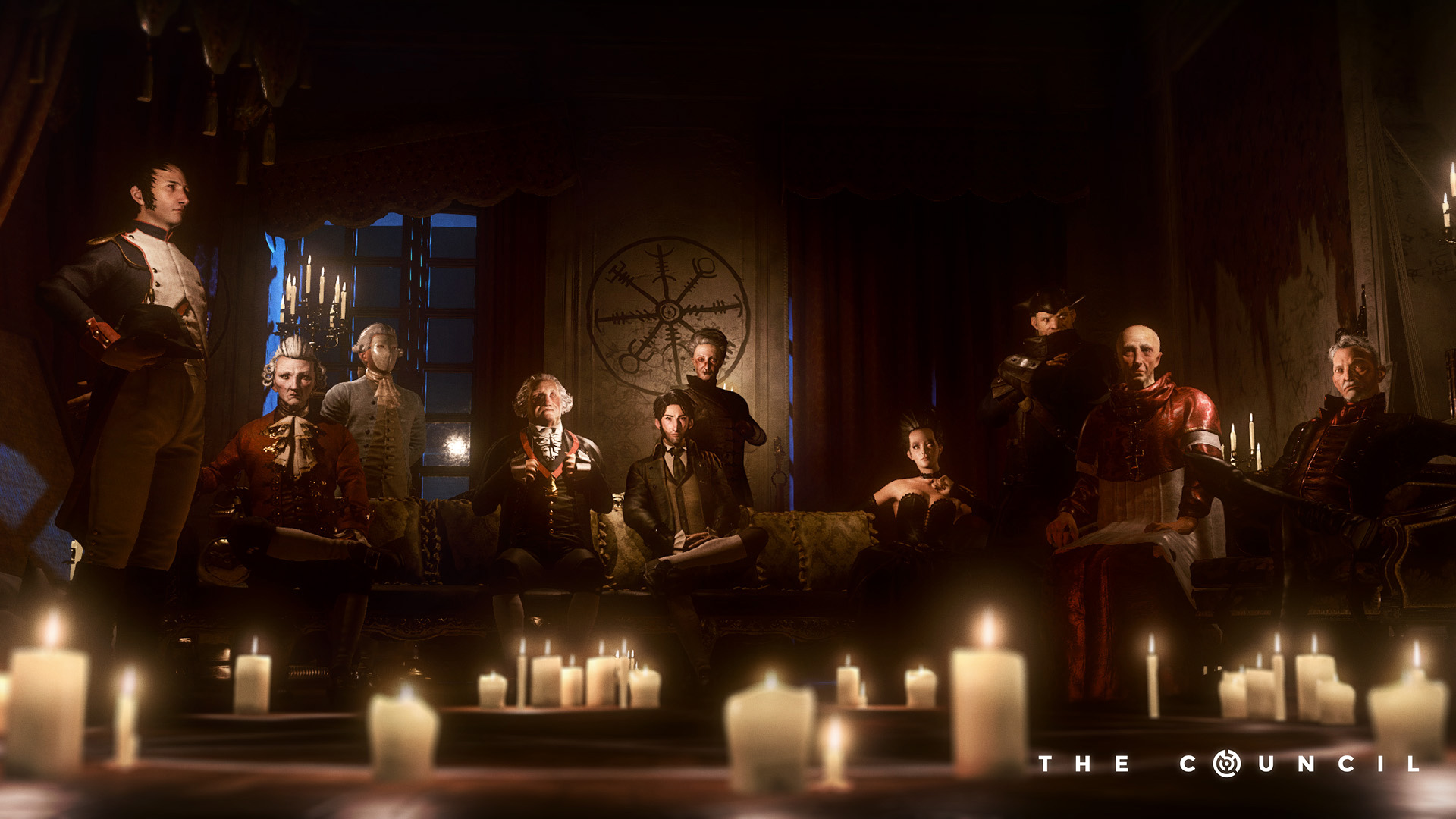 There’s nothing better than a good murder mystery. Shifting suspicions and a handful of suspects can turn a crime scene into a web of lies and deception. In a successful murder mystery story, anything seems possible because outside of a dead body and a clue or two, intuition and investigative skills take center stage.

Focus Home Interactive’s upcoming episodic game The Council is a digital murder mystery story. Set in the 1790s, it weaves a tale of secret societies, a missing woman, and high-profile historical figures like George Washington and Napoleon Bonaparte.

The inclusion of characters cribbed from the annals of world history immediately sets The Council apart from other episodic adventure games. In The Mad Ones, the first entry in the series, players take on the role of Louis de Richet, a member of a secret society with a knack for investigation. As the game unfolds, Richet must interact with the cast of characters, launch subtle investigations, and manipulate potential suspects in his search for clues.

According to developer Big Bad Wolf, The Council takes a unique approach to episodic storytelling. Richet’s a man of many skills, and as such, players can utilize different methods in their investigation. Diplomacy is always a viable option, but occultism and a host of other tools are at the player’s disposal. Similarly, failure doesn’t mean the end of Richet’s investigation. The Council‘s episode-based structure allows every decision to have far-reaching consequences that can reshape world history as we know it.

The Council‘s first episode is set to debut in February on PC, PS4, and Xbox One. I can’t wait to do some occult shit with George Washington.