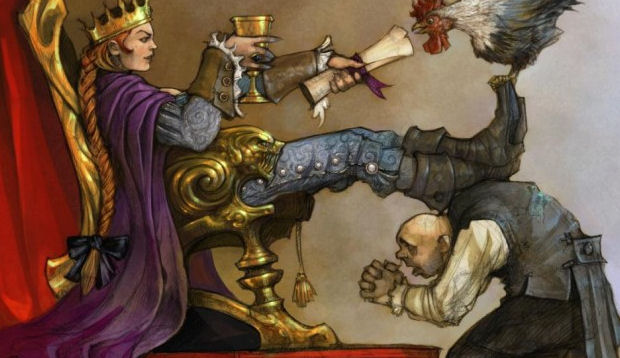 We haven’t even see the first screenshot yet, and Peter Molyneux is starting to crank out the crap concerning Fable III. GDC is almost upon us, and it has provided the game designer with a platform to claim that his latest game will re-invent the world. So, business as usual at Lionhead!

Molyneux is preparing a lecture titled “The Complex Challenges of Intuitive Design.” According to the event organizers, Molyneux will be using Fable III to demonstrate “examples of long-established game mechanics which Lionhead intends to replace with more user-friendly and modern iterations.”

Considering Fable II was so simple that even Terry Schiavo could’ve played it, I have no idea how Molyneux and the gang have stripped down Fable III. We’ll have to see, I suppose, but I can guarantee you one thing: Fable III will be nothing like Peter Molyneux says it will be. I’m long past falling for his nonsense.