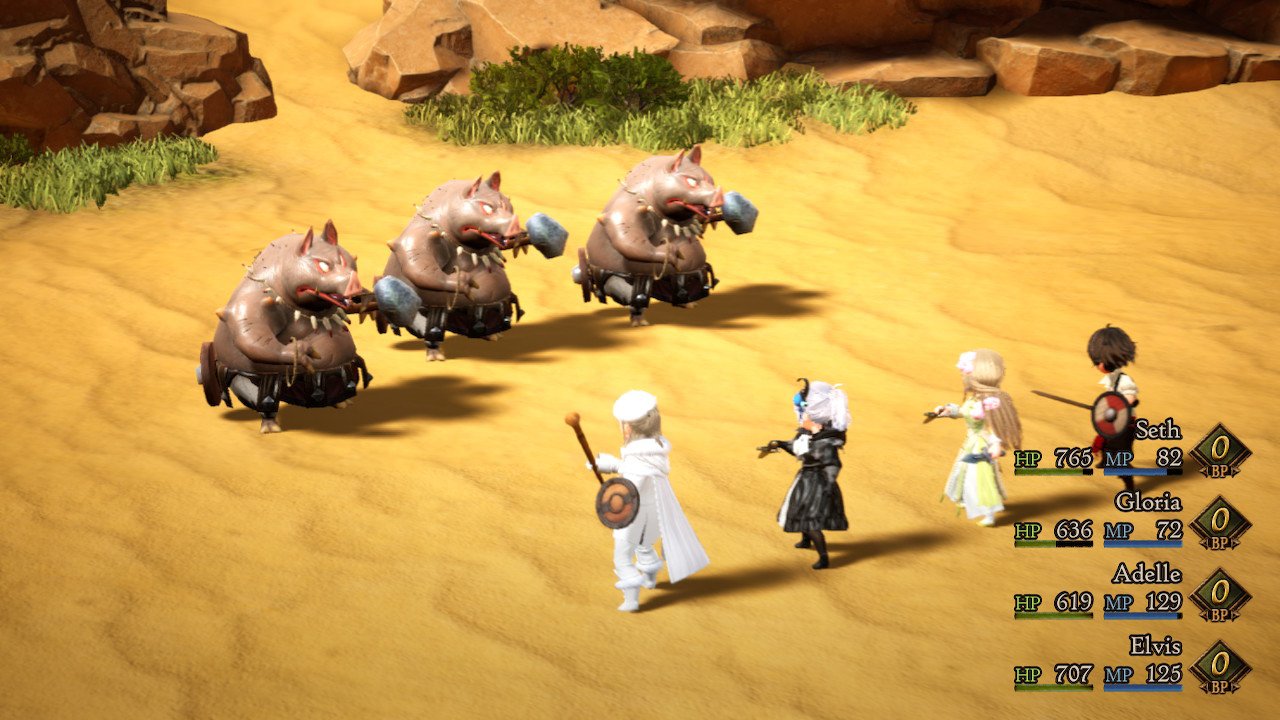 Get ready to get your grind on

Despite being a “mini” presentation, last week’s Nintendo Direct packed quite a bit of information into a half-hour show. While it may not have had much for Nintendo’s long-term release schedule, there was news about Smash Bros. Ultimate, Xenoblade Chronicles: Definitive Edition, and the upcoming expansion passes for Pokémon Sword  & Shield.

Tucked in the middle of the video was another trailer for Square Enix’s Bravely Default 2, showcasing more of the game and alerting Switch owners to the fact that a demo of the upcoming title was now available for download. Needing to break away from Animal Crossing, I downloaded the demo and decided to give it a whirl, only to have my ass handed to me again and again. Turns out, I was not ready for this demo.

When you boot up the demo the first time, a message will give you a few snippets of information about what you’re going to play, including that its difficulty has been raised just a bit. This is to encourage players to grind it out, to experiment with the jobs, and ultimately to get a sense of what the final build will be like. Make no mistake, you need to be ready to grind if you want to see this demo through to the end. These enemies have blood in their eyes and if you’re not careful, they’ll wipe your whole party without breaking a sweat.

The demo takes place in the desert around Savalon, a beautiful city that’s slowly being inundated with water. What was once a blessing for the arid people is now a curse as the rising waters are slowly enveloping the entire city. Princess Gloria deduces the Water Crystal, one of four crystals stolen from her kingdom, must be nearby. You play as Seth and after a quick trip to the local inn, the two of you set out, along with party members Elvis and Adelle, to find some ruins in the desert where the crystal may lie.

For the demo, you’re given access to five of the jobs that will be in the final game: Vanguard, Freelancer, Monk, Black Mage, and White Mage. Each character can have a main job and a sub-job. When you’re in battle, you’ll only gain job points for your main job, so the idea is to grind up one of your jobs and then switch to another and start the whole process over. Any active abilities you unlock can be used no matter if it’s tied to your main job or your sub-job. Passive abilities are limited to three for each character and can be assigned whether or not you are actively using the job that unlocked it.

Of course, one of my favorite things about the Bravely series are the costumes characters will don when assigned a specific job. Bravely Second excelled at this with unique jobs that had equally unique costumes like Catmancer, Patissier, and Yokai. Unfortunately, none of these jobs are that unusual, but the Monk costume on the female characters is delightful and there’s something pure about seeing Elvis decked out as a White Mage.

If you played the first Bravely Default you’ll be right at home once you get into battle. For newcomers, the battle system plays like any other turn-based game but with the addition of Brave Points. The points are basically action points, but you can build them up by choosing the Default. This puts your character on guard and, on their next turn, they can perform two actions using the Brave function. You can save up to four Brave Points, or if you’re feeling lucky, you can use the Brave function and go into a Brave Point deficit. When you’re in negative Brave Points, you won’t be able to act until you’re back in the positive. It’s a risk/reward system that can be awfully risky here as the enemies you face have the same Brave & Default options you have.

Even if you don’t plan on beating it right away, it’s always a good idea to download demos for the Bravely series as Square Enix has a history of rewarding those who do with equipment for the actual game. If you do decide to give it go, word of advice: stay on the sands until you raise your levels a bit, don’t go after the wolves right away, assign the Monk job to one of your characters and equip them with daggers in both hands, and make sure you’re examining every enemy the first time you face them.

Bravely Default II is scheduled for release on Nintendo Switch later this year.