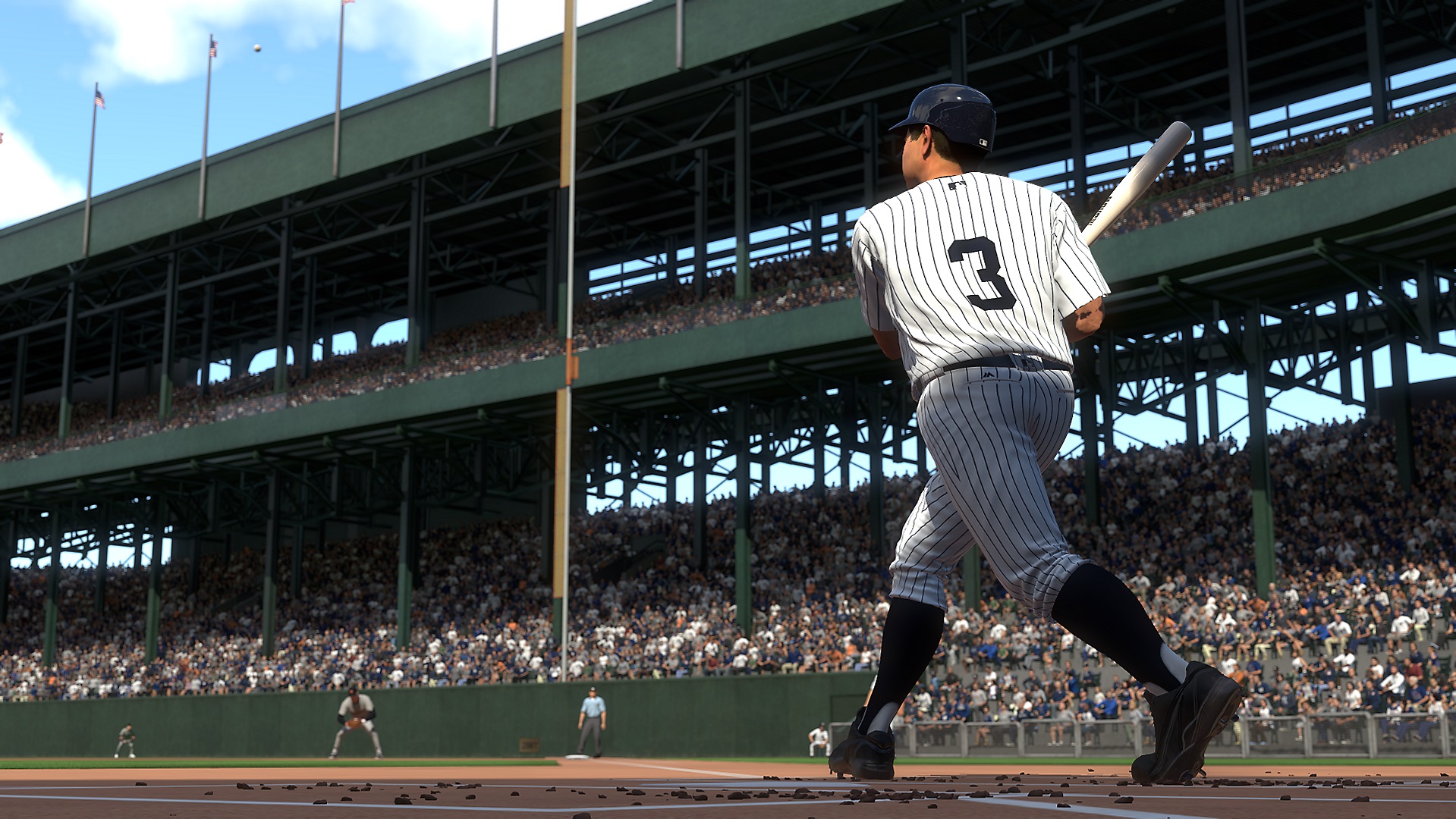 That MLB The Show 18‘s first gameplay trailer released today is no coincidence. Baseball junkies use the end of the Super Bowl as their official designation to start counting down the days until pitchers and catchers report to spring training. The crack of the bat and the smell of leather ain’t far away.

Days before the regular season starts, MLB The Show ’18 will release on March 27. Although Yankee wonder boy Aaron Judge is the cover athlete, his spotlight is somewhat stolen today. Yankee legend Babe Ruth has been confirmed as a playable character in The Show 18. As Polygon notes, this is his first video game appearance since MVP Baseball 2005 (which is also the best baseball game ever made).

Babe Ruth, Ken Griffey Jr., and Pee Wee Reese are the three Legends team players shown in the video (let me know if I missed any!), but there will be plenty more revealed in the seven weeks weeks before The Show launches. There were nearly 100 legends in last year’s game, and that number seems set to go up again this year. Over on the PlayStation Blog, developer SIE San Diego Studio details its rigorous schedule of reveals and live streams that go through the end of March.