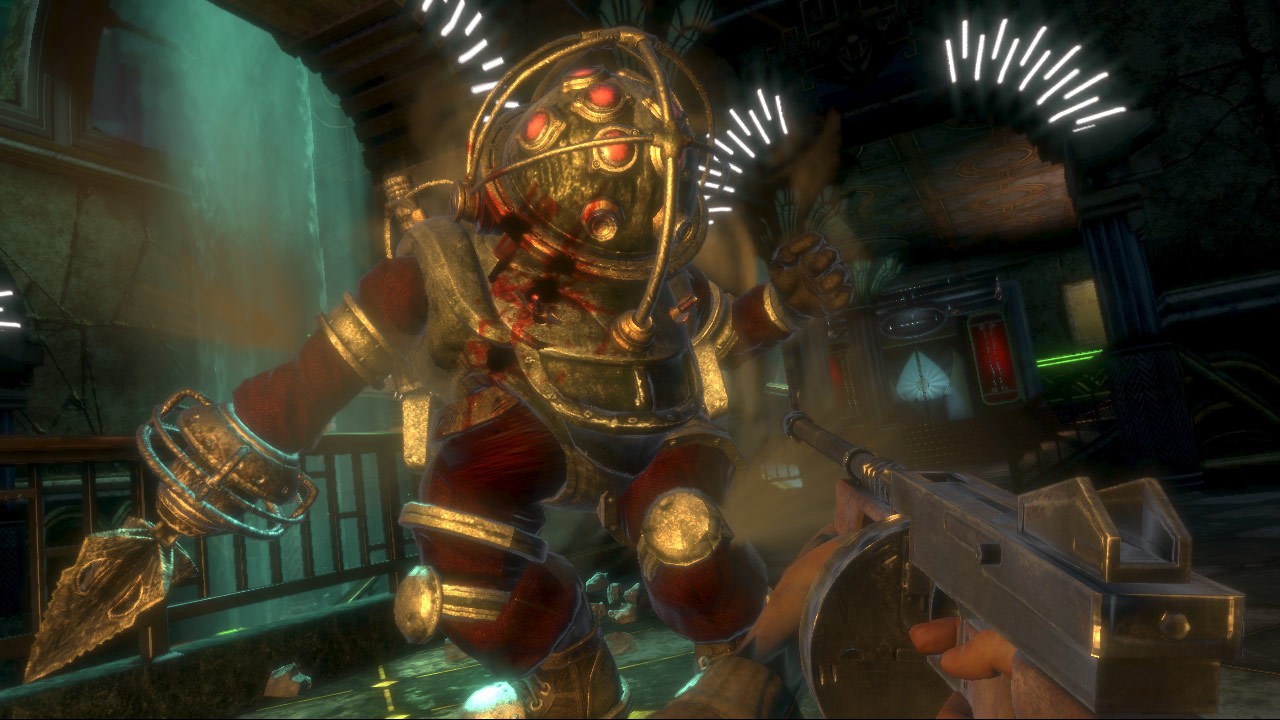 I’m in love with how developers and Microsoft have been pushing backward compatibility on the Xbox One. 2K may have released an updated version of BioShock, but you can now just play the original 360 release on your shiny new box. That is a surprisingly user-friendly move for a company to make, even if mega fans probably already bought the remastered collection.

As of today, BioShock, BioShock 2, and BioShock Infinite are playable on Xbox One via your original 360 discs (or digital purchases). I’m unsure if the DLC is included, though other games with DLC did contain them. I’m sure the games also run a little better on Xbox One, so it might negate getting the “collection” unless you want a true 1080p presentation. Honestly, the games don’t look that much better in the remastered format, though BioShock Infinite is nice looking on PC (and subsequently on PS4 and Xbox One).

As Major Nelson notes, these titles now bring the Xbox One backward compatible catalog up to 300 games. While I can’t find a 100% definitive number of games, it looks like the 360 contained around 1,173 titles, so we’re about 30% of the way to a full library. I doubt we’ll see every game (Guitar Hero and DJ Hero are basically impossible to emulate), but having a majority of the library available would go a long way towards making the Xbox One a valuable purchase.

At least I won’t have to rebuy any older games to play them again, unlike some other system (*cough* PS4 *cough*).

BioShock, BioShock 2 & BioShock Infinite are coming to Xbox One Back Compat today making it 300+ back compat titles https://t.co/qPMRNrLoTQ pic.twitter.com/2uoNtXrSoT