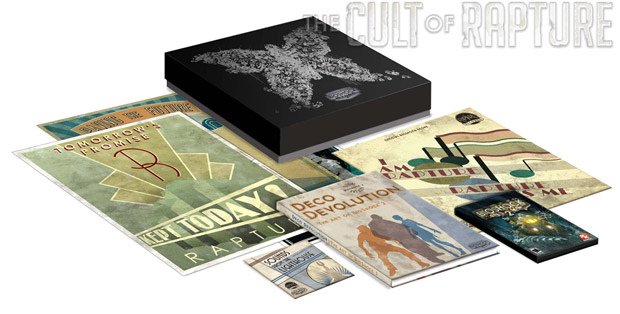 For me, BioShock 2 has been one of those rare sequels where I thought it was simply unnecessary, but as time has gone by, I’ve become increasingly interested in playing it. Dare I say it — I’m actually anticipating its early February release.

Over on The Cult of Rapture, we are given our first glimpse of the BioShock 2 Special Edition. Before we get any further, let me start by saying that this game getting a Special Edition is news in and of itself. Alright, let’s continue, shall we?

The art book alone sounds mighty tempting, doesn’t it? The BioShock 2 SE is getting a single production run, so you may want to start smashing open that piggy bank of yours for a pre-order right about now.