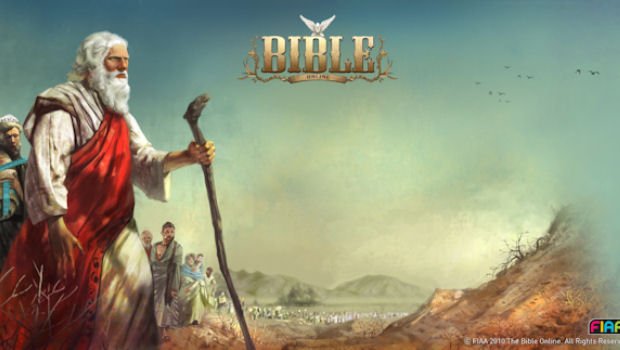 If you’ve ever read all the rape, genocide and deep-seated racism in The Bible and thought to yourself, “Man, that sounds like my kind of world,” then this is the game for you! The Bible Online allows players to “slip into the role of Abraham and his descendants and have the opportunity to reenact and witness the incidents of their times.”

The game is going to be split into chapters with The Heroes being the first released. The basic setup is that of an MMO strategy game, where players control their own tribe, build a city, and naturally wage war in the name of God. It won’t be a case of holding onto territory, however, as the ultimate goal is leading one’s band of merry savages into the promised land.

Side quests, roleplaying elements and more have all been promised, making this possibly the best game based on a book that was written by 2,000-year-old cultists from whom many civilized Americans still take their medical advice.

Sounds like fun, and I’m tempted to sign up for the beta. My only problem with Bible games is that the story is always so far-fetched for some reason. They should get Square Enix to write up something a bit more believable.