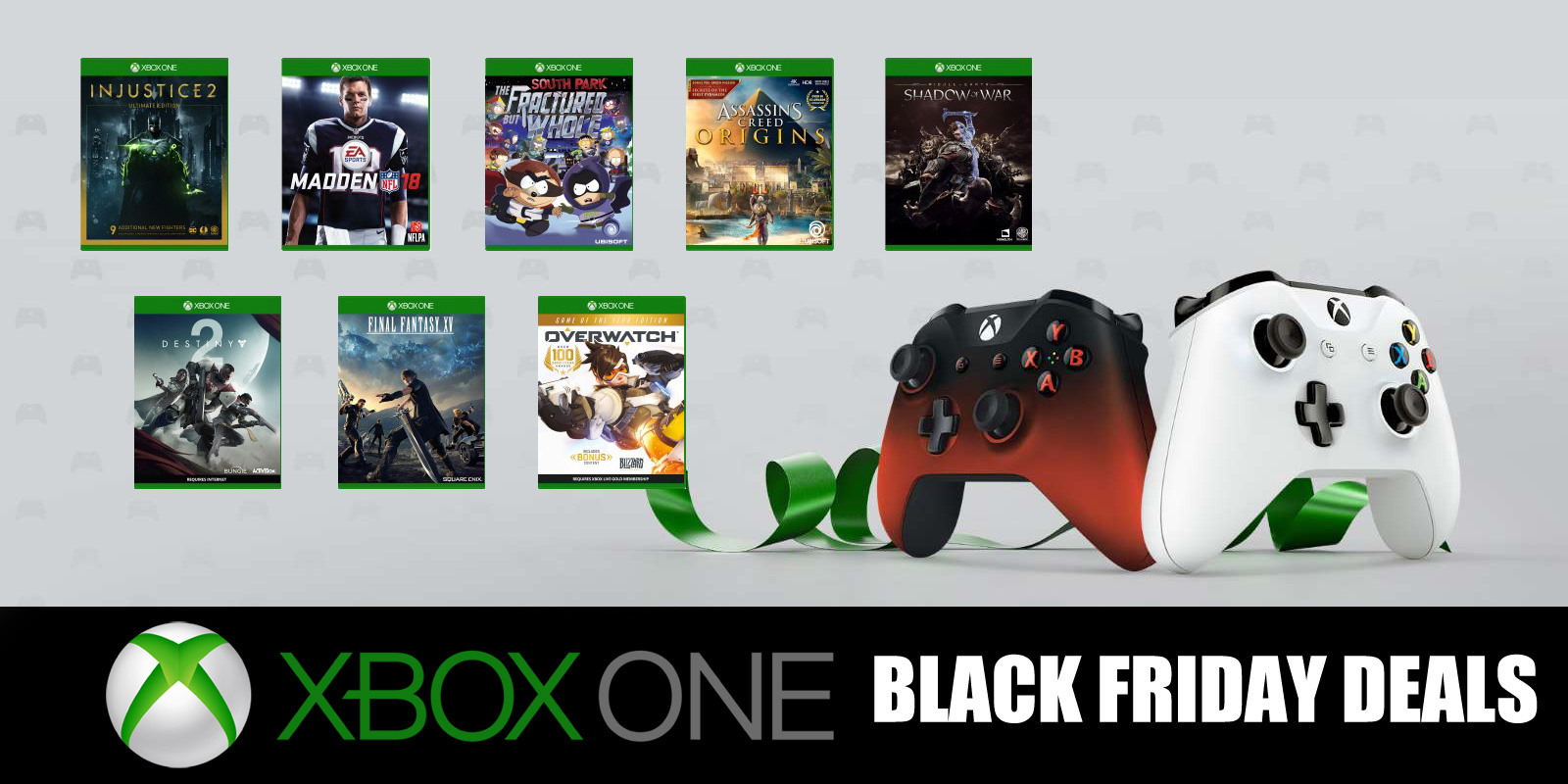 Rounded up for your browsing pleasure

If you’ve been waiting through the weeks before you gobble up the latest games on the Xbox One, your wait has been rewarded. If you’ve been wondering where the best Black Friday deals for Xbox One games are at – you too, have arrived at the correct place.

Below, you’ll find the best prices on recent Triple-A releases such as Destiny 2 ($27), Wolfenstein II ($25), Shadow of War ($25), and sports title such as FIFA 18 and Madden 18 ($27 a pop). We’re listing deals from Microsoft, GameStop, and Walmart (links will be updated to redirect to whichever retailer that has the best price and availability).

For those who are looking to pick up an Xbox One S bundle – the best deals so far are at Microsoft Store. There, you’ll receive a $50 discount on all 500GB or 1TB bundles and you’ll get to pick up a free Ubisoft game as an added bonus. Choices aren’t amazing but they have included more recent releases such as Watch Dogs 2, Just Dance 2018, and Steep.

Most deals below will be running through Sunday, November 26, though many items below will no doubt go out of stock before we reach Cyber Monday. If you

See something missing? Let us know and we’ll add it to the list above.