With Indie Nation now all but defunct, I have to apologize: I haven’t been pimping out great indie games as frequently as I used to.

While games like Machinarium, Canabalt, Gridrunner Revolution and AaaaaAAaaaAAAaaAAAAaAAAA!!!: A Reckless Disregard for Gravity should already be on your radar, I’d like to take some time to point out a few indie games that I personally failed to call attention to during 2009. This list is by no means complete, of course.

Wait — it’s not a shitty Geometry Wars clone. Nor is it a shitty Jeff Minter clone. Even though Squid Yes! Not So Octopus: Squid Harder has sorta-glowy, sorta-retro graphics and bases much of its gameplay around making sense of visual noise, it’s very much its own thing.

It’s a pretty basic arena shooter at heart, but the fact that you can only fire in the direction you’re moving — and the fact that your weapons’ spread can destroy practically everything on screen if you’re pointed in anywhere near the right direction — makes SYNSO less about accurately aiming and more about dodging your enemies, avoiding their spawns, and deciding whether it’s worth moving directly toward baddies in order to get a better shot at them. It’s not too often that an arena shooter incentivizes charging straight toward your enemies, but that’s what makes Squid Harder so addictive. That, and the fact that (unlike in the first SYNSO) the game is broken down into digestible 2-4 minute levels.

From Nifflas, the creator of Knytt, comes further proof that he understands exploration-based platformers like nobody else in the world. Saira is probably Nifflas’ biggest game yet, but it never feels overwhelming: there’s none of that Metroid Prime-esque  “go to a previous solar system you thought you were done with to grab a powerup, then trek all the way back here to use it” bullshit.

There are at least a dozen individual worlds in Saira, but you can access them in any order you want, their puzzles don’t require any significant backtracking, and once you’re done with them, you never have to return to them again. Not to mention that no two worlds are the same: one is nothing but an extended time trial, one is full of programming puzzles, and so on. If you loved the pure, unfiltered exploration gameplay of Knytt, you may be a bit disappointed that Saira is full of these little digressions and puzzles. If you’re up for them, though, you may find Saira to be Nifflas’ most enjoyable work yet (awkwardly-delivered story be damned).

There’s only one level to this little slice of bullet hell, but you’re rewarded with a new ship every time you beat it. The level is interesting enough, and the ships are so different from one another (one can only fire at 45-degree angles, for instance) that you may find yourself working to unlock everything the game has to offer. By far my favorite of Charlie Knight’s games.

The PC version is free, but the iPhone app is what you want. Next to Canabalt and Zen Bound, Skullpogo is one of the single best iPhone games out there. Period.

You play a skeleton dude with a pogo stick. Your goal: to rack up points by combo-squashing bats, zombies, and vampiric pigs. The game’s minimal controls (tilt the iPhone to move, adjust the height of your bounce with a touch of a single onscreen button) keep things simple, the premise is refreshingly unusual, and the fast pace of the levels make it perfect for short play sessions. 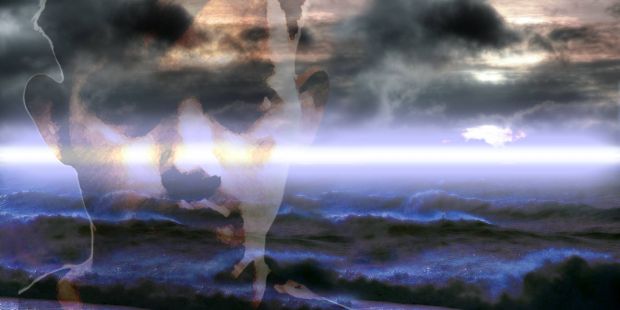 I’ll be honest: I stopped playing this epic work of IF after about forty-five minutes, once it began to move away from letting the player experience a compelling, remarkably well-written story (a la Photopia) and started throwing in obligatory engineering and exploration puzzles. Still, the prologue is incredible, and I can’t say for certain that all the lever-pulling, map-memorizing stuff is anything more than a quick digression. If you’ve got some tolerance for stereotypical IF puzzles and love a well-written piece of fiction, Blue Lacuna may be worth checking out.

This is the Only Level

It’s not just a cute joke — This is the Only Level is a damned clever bit of meta-gameplay. I’m tempted to liken it to the Karoshi series, but that doesn’t quite do the game justice (as great as the Karoshi series is); there’s something weirdly transcendent about the fact that after a few minutes of play, you’ll have traversed this one level enough times that it becomes hard-coded into your muscle memory. When the game completely blanks out the screen and asks you to find your way to the exit, you may be amazed by how easily you can do so.

Gameplay-wise, it’s just a punishing, intentionally unfair platformer. Narratively, Queens is far more subtly effective than it really has any right to be. No dialogue, no cut scenes, no environmental narrative; there is only the Queen, the King who throws her into the dungeon, and the dangers in that dungeon. Every single time you die, the game takes that death and turns it into a part of the narrative. Where most games would simply have you respawn as the exact same character and ask you to try again, Queens keeps the fourth wall intact and spawns you as a new Queen with a different name and appearance.

Functionally, these other queens are just gussied-up respawns; narratively, they imbue the game with an odd dramatic weight. You want your character to survive not just because you wanna beat the game, but because you don’t want the particular queen you’re controlling to permanently die; you want to reach the end of the dungeon not just for the sake of completion, but to wreak vengeance on the bastard who killed all of your previous queens. Queens isn’t a tearjerker or anything, but its minimalist story is awfully damn clever.

Though a bit too high-consequence for my tastes (get spotted once and you’ve gotta restart the entire room), this sequel to Merry Gear Solid positively drips with charm. I defy you not to at least grin once you hear the “game over” music. 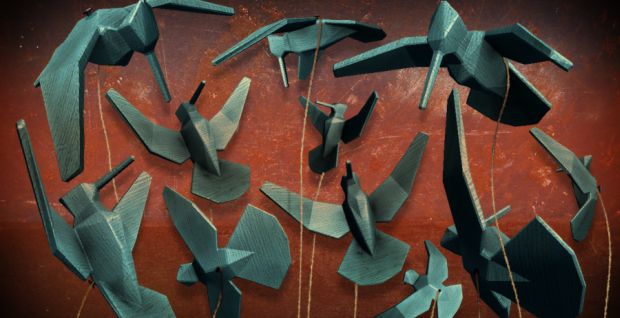 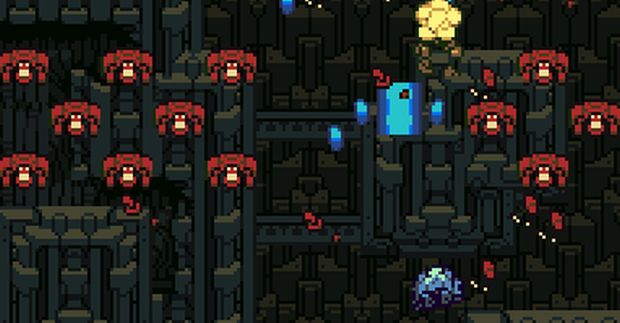 While this shmup from Terry Cavanagh may not seem like much at first — all you’re doing is either shooting, dodging, or absorbing enemy bullets — its brisk pacing, randomized enemy waves and definite endpoint will keep you coming back for multiple replays. I still haven’t beaten the damned thing yet, though.

And about a thousand others I’m sure I forgot

Do you have any to add? Hit the comments below.