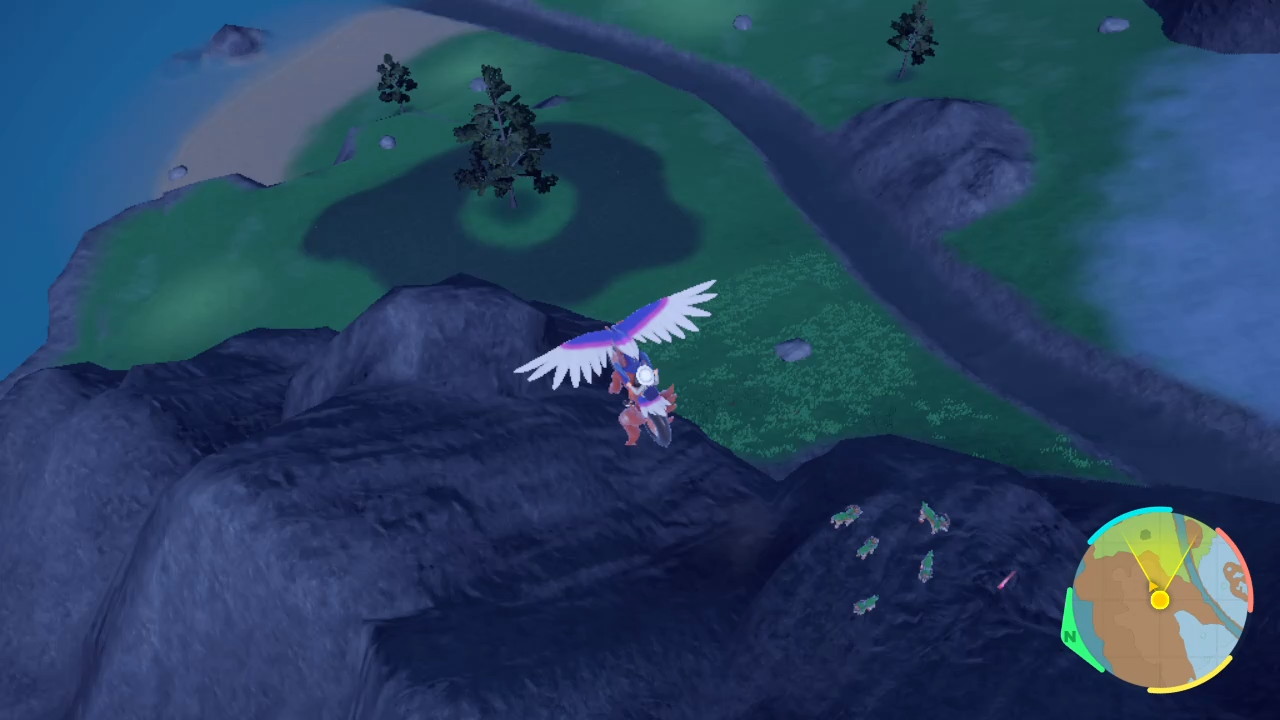 Flying-Type monsters are an early game staple of every mainline Pokemon game.

They’re often one of the first Types you’ll see in the wild, and they deal Super Effective damage against Bug and Grass-Type Pokemon that you’ll tend to encounter early on. They’re also an effective counter to Fighting-Type Pokemon, one of the most aggressive types in the entire game. Couple that with a wholesale nullification of Ground-Type attacks and you have a well-rounded mix of offense and defense. If you’re looking for a great Flying-Type to accompany you from beginning to end in Pokemon Scarlet & Violet, consider one of our picks below.

Corviknight is an absolute beast of a Pokemon with a killer Type combination. This Flying/Steel-Type resists a whopping eight types on top of immunity to two, leaving it with only two weaknesses. In addition to its great defense, it isn’t bad offensively either. With moves like Pluck, Drill Peck, and Steel Wing in its natural movepool, you’ll be dealing consistent damage no matter what level your Pokemon is at.

Best of all, Rookidee is available extraordinarily early in the game. While it won’t reach its full potential until level 38, it’s pre-evolutionary forms are serviceable enough to take you through the early game. Corviknight is even good in the high-end competitive scene, though you shouldn’t worry about that while clearing the main story. If you still don’t know what shape your team will take, it’s safe to aim for Corviknight regardless of which starter you picked.

Talonflame is one of the most infamous Pokemon in the franchise’s competitive history, but don’t worry about that. All you need to know is that Talonflame is pretty darn fast and packs a strong array of powerful Fire and Flying-Type moves. While it’s not as defensive as Corviknight, Talonflame’s Typing is still especially strong with six resistances and three weaknesses.

Many of Talonflame’s moves inflict recoil damage, but as the saying goes, 1 HP is more than enough if your opponent is knocked out. Its ability Flame Body is also great, as that will allow you to hatch Pokemon Eggs faster. Like Corviknight, you can get Fletchling early in the game. If you’re looking for a solid Flying-Type and can’t fit another Fire-Type on your team, Talonflame is a compelling pick.

Like Talonflame, Kilowattrel utilizes its Flying-Typing exceptionally well. It’s an Electric/Flying-Type, which means the sole Ground-Type weakness of Electric types get nullified completely. In other words, Kilowattrel has absolutely zero defensive drawbacks compared to a pure Flying-Type. It wholesale earns two resistances and another offensive option with zero downsides.

The one drawback to Kilowattrel is its slightly awkward moveset. Despite being a fast Special Attacker, it naturally learns only Physical Flying-Type moves until it gets Hurricane at level 55. Hurricane is also a bit unreliable with only 70% accuracy, despite its notably strong base power. Consider giving it Air Slash as soon as you’re able to let Kilowattrel shine in the midgame.

If you’re approaching the midgame and the previous birds don’t do it for you, Noivern might be up your alley. It is one of three Flying/Dragon-Type Pokemon in Scarlet & Violet, but I’d rank Noivern the best of them for someone looking for a powerful Flying-Type over anything else.

Relative to the other picks here, Noivern’s base stats are notably higher. It has a balanced spread of offense and defense, which lets it take hits as well as it can dish them out. Noivern also benefits from a solid pool of moves without resorting to TMs. It naturally learns great midgame attacks like Air Cutter and Air Slash, plus moves like Roost and Super Fang round it out for more niche situations. If you want it to take on a greater variety of monsters, it can learn an absolute abundance of moves via TMs. Noivern does need to be especially careful of Ice-Type attacks, but otherwise this is just a solid Pokemon. Nothing crazy, nothing special, just strong and easy to use.