Electric-Type Pokemon are a lot of fun to use. Though they only hit Water and Flying Types for super effective damage, they’re some of the most common types in the game. Additionally, their sole weakness to Ground-Type attacks makes them generalists that work in many encounters. Scarlet & Violet provide some interesting picks to fill the Electric-Type slot on your roster, so consider using one of the below suggestions on your adventure. Magnezone is compelling for a myriad of reasons in Scarlet & Violet. First off, its base stats are incredibly solid. Though it’s unusually slow for an Electric-Type, it has good defensive stats and great Special Attack. Second, Magnemite can be found relatively early, so you can have this monster on hand to fight the Sky Titan and the Water-Type Gym Leader. Third, Magneton can now evolve via a Thunderstone, letting you get this fully evolved monster as early as level 30.

Though I don’t take endgame raiding into account, Magnezone even plays nice with current meta Tera Raid picks like Perrserker. This is a monster you can use in the long haul. Pawmot is a quirky Pokemon, but it’s a lot of fun to use. Pawmo is available very early in the game, and you can evolve it quickly by letting it travel around with you out of its Pokeball by pressing R. Pawmot’s typing is a bit awkward, but with 105 base speed, it’s likely you’ll outspeed enemies and blow them away with strong physical attacks. Its signature move Double Shock is also interesting, as it knocks Pawmot’s Electric-Typing off it completely. If you’re tired of using the same Pokemon over and over, grab Pawmot.

Related | Electric-type weaknesses in Pokemon Scarlet & Violet from The Escapist Jolteon’s a great bread and butter Electric-Type. It’s as strong as it’s always been, though many of its physical moves in its move pool don’t play nice with its enormous Special Attack stat. Give Jolteon moves like Thunder Bolt and Shadow Ball to turn this monster into a fast and powerful glass cannon. 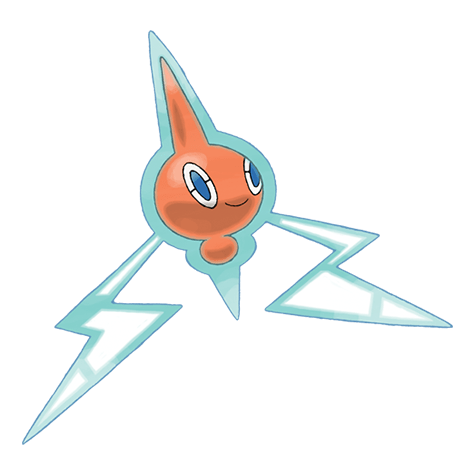 Rotom is a fantastic Pokemon that inexplicably gets better with each generation. Its initial form is nothing to write home about. With okay typing and stats, it doesn’t hold a candle to the other picks on this list. However, if you can find the Rotom Catalog in the Porto Marinada auctions after defeating Kofu, Rotom really takes off.

This item lets Rotom change into any of its 5 special forms with boosted stats and an accompanying move at will. These change its Ghost-Typing to Fire, Water, Ice, Grass, or Flying, which makes Rotom incredibly versatile. What’s more, since its Levitate ability removes the sole weakness of Electric-Type Pokemon, you can customize Rotom for any encounter in front of you with no downsides. Heck, a Rotom with an Electric Tera Type doesn’t have any weaknesses after it transforms! If you’re willing to jump through the hoops to get Rotom and the Rotom catalog, you’ll realize why this Pokemon is more than a fun ghost powering your in-game phone.