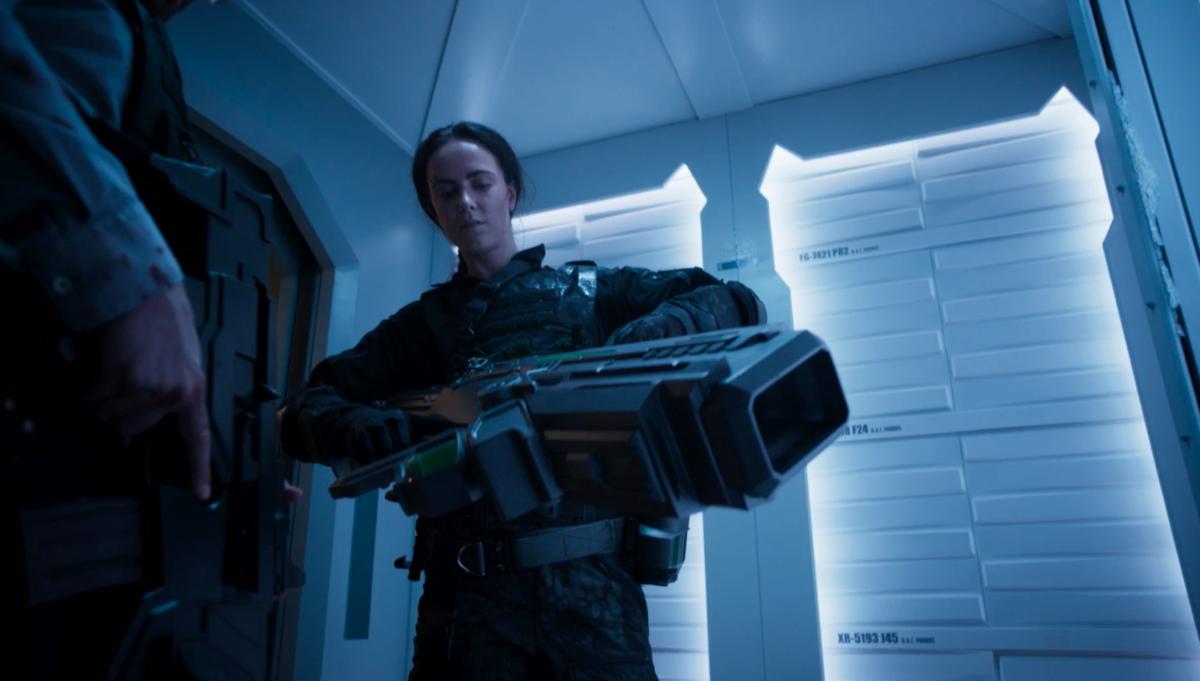 Doom still hasn’t quite figured out how to spread its wings in the mass media realm. Don’t get me wrong: it’s a common video game problem! But you’d think that the powers that be would have figured it out by now with perfectly on-brand projects like Love, Death & Robots are thriving right now (it doesn’t have to be live action!).

Hollywood tried to capitalize on the Doom sensation back in 2005, and it bombed even with The Rock at the helm (though he was far from the powerhouse he’s become these past few years). Then, due to the success of the 2016 shooter and the resurgence that brought, Hollywood tried again with Doom: Annihilation, which is basically a made-for-TV Syfy joint.

It’s hard to even sell this one on B or C-level movie merits. It takes nearly 40 minutes for any practical effects or tension to even happen, and the things it does borrow from the game (like “Level 2” text for setpieces) are tenuous at best. There isn’t even a layer of bad Eli Roth horror curiosity to this one.

Look, I’ll give this one to you for free, Hollywood. Just copy the very profitable (and fun) Hardcore Henry and call it a day. Ilya Naishuller is nearly done filming his new project, so he’s probably going to be very free soon. Hire someone with a cool voice for Doom Guy and pull a Mandalorian where much of the time the actor isn’t even in the suit: there’s your budget for CGI.