Have you heard about the painter Vincent van Gogh? He loved color and he let it show!

Welcome back to The 300, a weekly feature that recounts my foolhardy attempt to watch 300 movies in theaters in the year 2018. Each week I’ll be watching new releases, classics, and hidden gems to explore the wide world of cinema.

As always, there are three rules in The 300:

Over the last week, a slight bit of dread has started to hang over The 300. MoviePass recently ended their partnership with select high-traffic AMC theaters, and the company also updated their terms of service. I expect a rate increase and/or viewing restrictions to kick in soon. If my MoviePass account gets frozen (it happened before in 2016), this whole 300 project could be in jeopardy.

Anyways, January is closing out strong, and I already have a lot of my February viewing schedule figured out. As of this writing, I am already over 10% of the way to my goal. 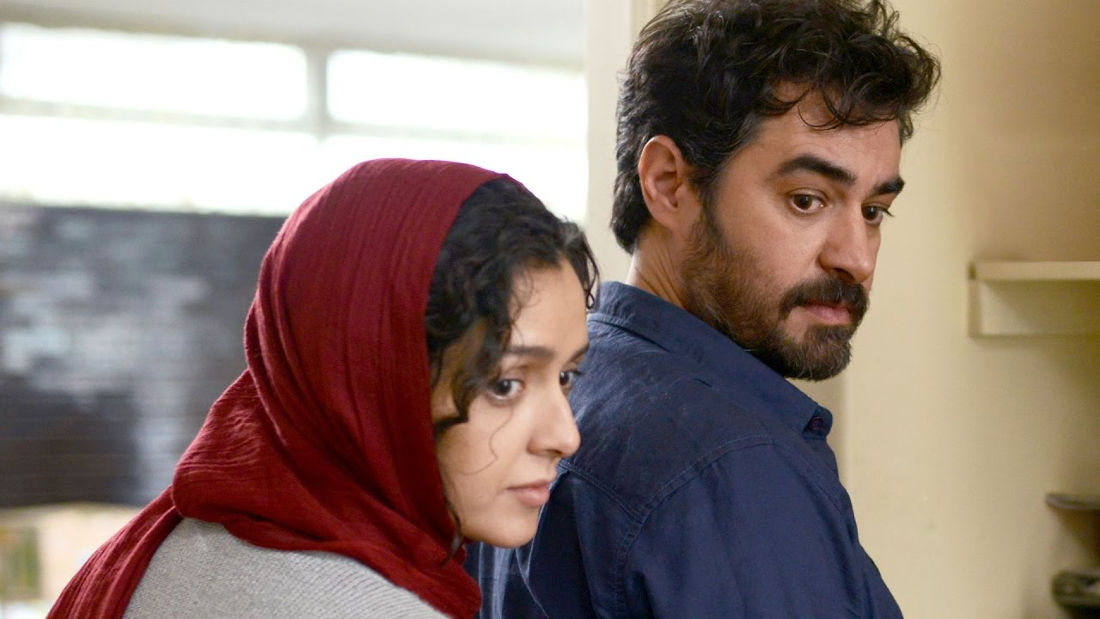 The Salesman is not as good as Asghar Farhadi’s 2011 film A Separation, but few movies can match masterpieces. Still, The Salesman is an engrossing story about the ways two good people wind up wounded and broken after a senseless act of violence changes their lives. Apart from many overt Death of a Salesman allusions, the whole movie seems encapsulated in an introductory scene of residents evacuating an apartment building that seems on the verge of collapse. Part of me thinks The Salesman is too cruel to the hapless couple at its center, who deserve none of the pain that befalls them. 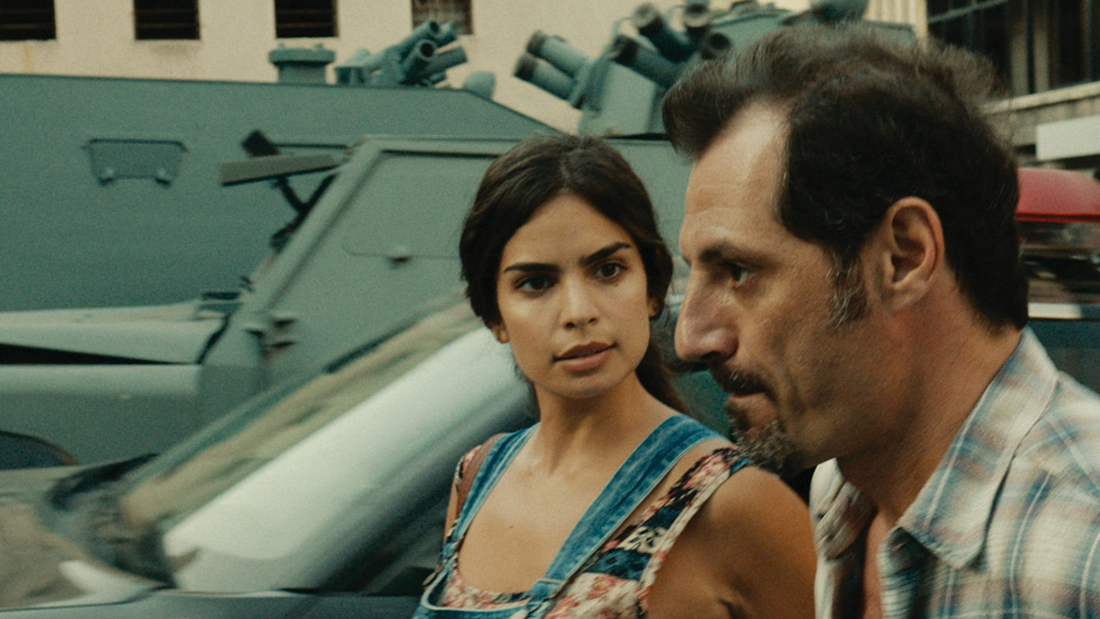 When it works, The Insult is a remarkable examination of how acts of hatred might be magnified by their context, becoming symbolic or emblematic moments that explore a nation’s fraught history of racism and conflict. I wonder how the movie played in Lebanon, where the plight of Palestinian refugees is more immediate, as well as the anti-Palestinian sentiment. Yet The Insult is also a have-it-both-ways message movie that gets more contrived as it goes. As well-meaning as it is, the eventual courtroom drama feels like pat right-vs-left political speechifying, though it’s certainly earnest. 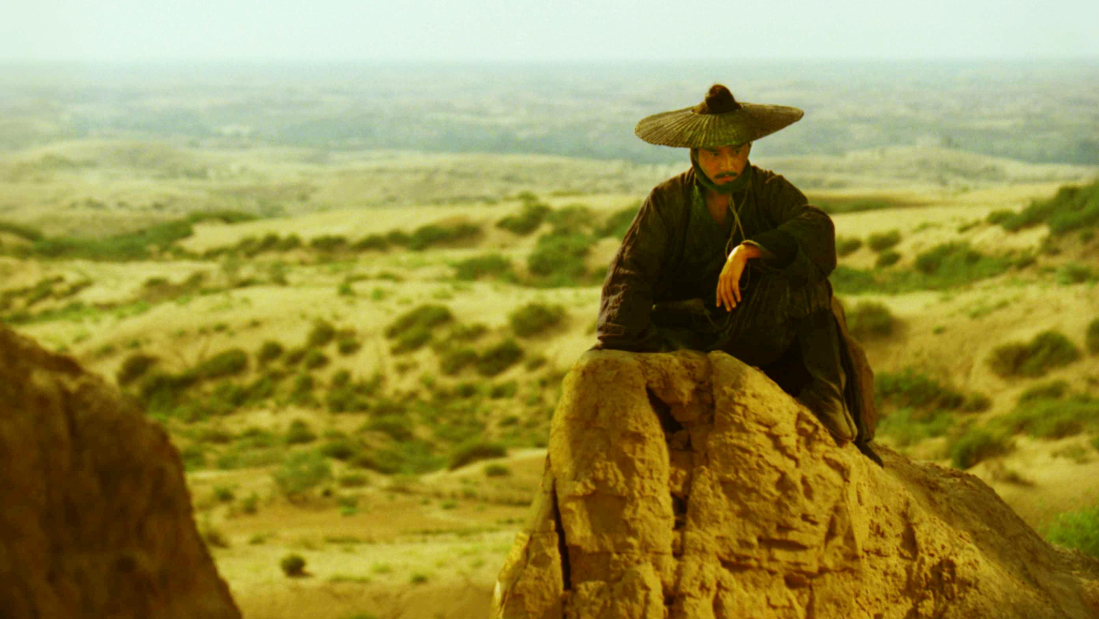 Many shots in Ashes of Time are resplendent, but shots alone don’t make a movie. Wong Kar-wai rarely provides any sense of space as he goes from shot to shot and scene to scene. I often asked myself in frustration “Where is this scene taking place?” and “Where are the characters in relation to one another?” The convoluted story structure doesn’t help. Sammo Hung choreographed the fights, but Wong ruins these scenes with quick cuts and poor camera placement. Only when the movie slows down—mainly during the Maggie Cheung scenes near the end—did Ashes of Time briefly connect with me. 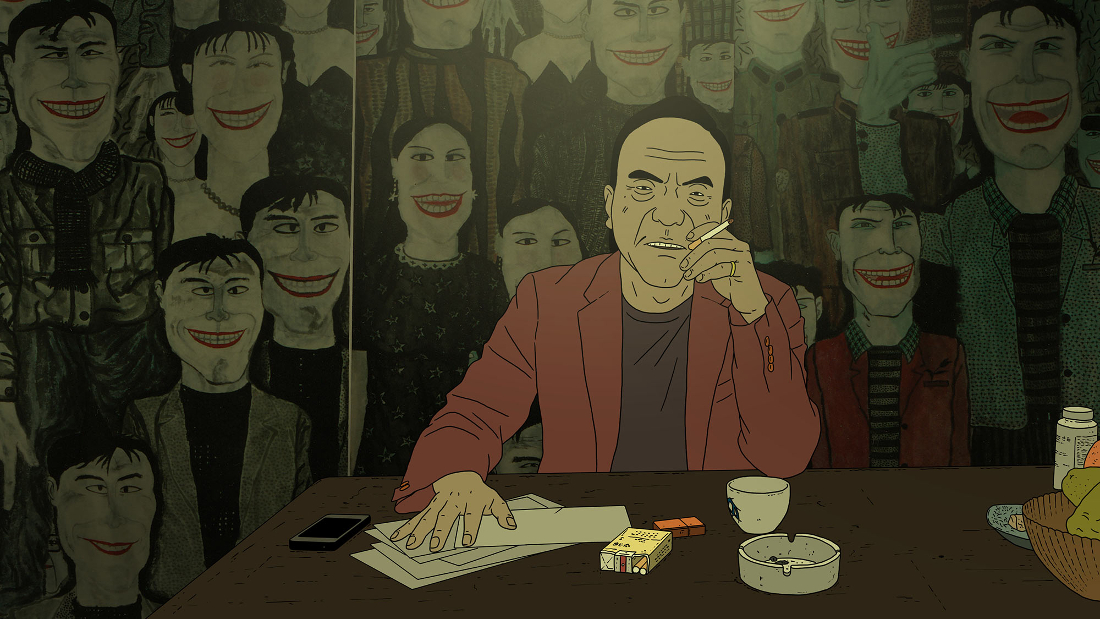 The lo-fi animation in Have a Nice Day is a bit like collaboration between Adrian Tomine and Mike Judge, and parts of the movie feel like they could have been featured on MTV’s Liquid Television in the 1990s. The slacker crime story is pretty slight at 75 minutes, and there are a few stretches where it seems like Jian Liu is trying to kill time. A few times Liu breaks away from the stolen money plot to focus on tangential characters commenting on the glum hustle necessary in the modern Chinese economy. I would have liked more of these scenes—additional flavor and substance in watery soup. 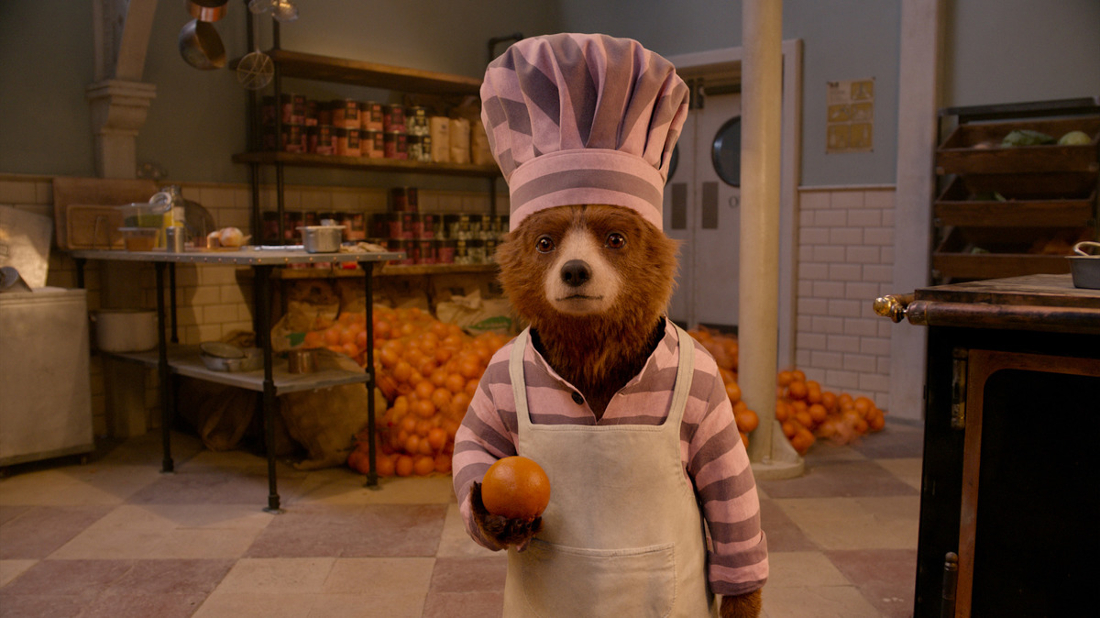 Paddington 2 is such a warmhearted, imaginative, joyously made movie. No wonder it’s got a 100% at Rotten Tomatoes. The extreme attention to matters of cause-and-effect made me think of Buster Keaton, Jacques Tati, Wallace and Gromit, and even classic Jackie Chan. The whole story centers on an antique pop-up book, which is also the setting (yes, a pop-up book becomes a setting) for one of the film’s most tender and memorable moments. As Paddington tries to survive the UK’s old-timey prison system (yes, they send a bear to prison), Hugh Grant camps it up and delivers one of his best performances in years. 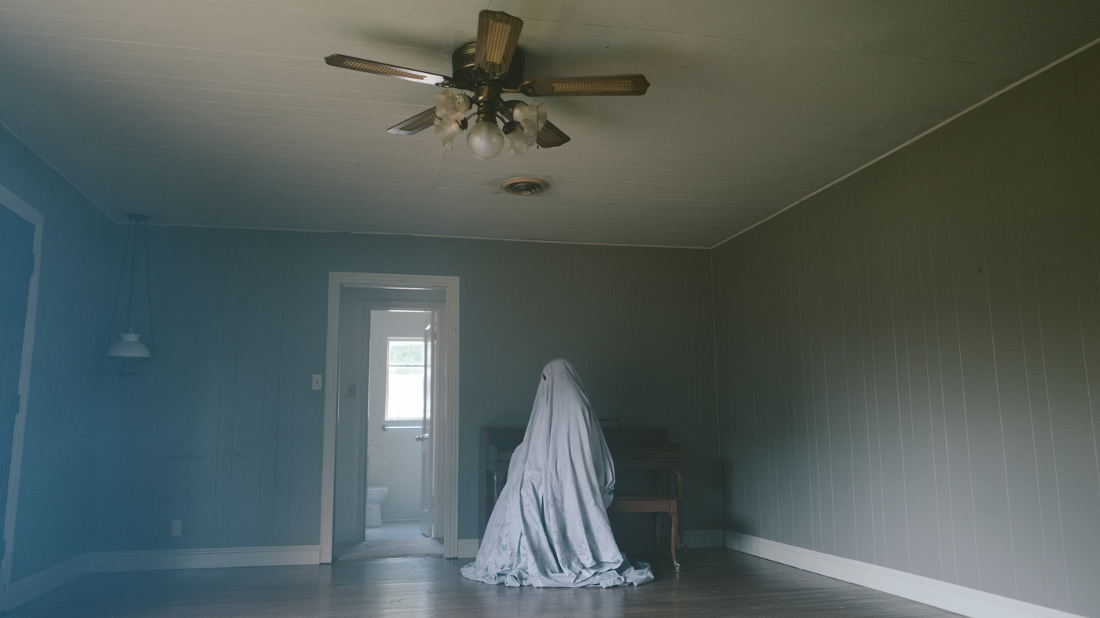 I love about half of A Ghost Story and loathe the other half. This is less about the absurdity of watching a man sulk under a sheet and more about the act of watching. David Lowery uses a lot of long takes, the most infamous involves Rooney Mara eating a pie. The best long takes (e.g., Lucrecia Martel’s Zama) feel like they’re changing meaning as they unfold, which is why it’s important to pay attention. The long takes in A Ghost Story feel mostly static; I was a passive watcher rather than an active one. The pie scene, oddly, teeters between stasis and mutability. Apart from that, A Ghost Story’s existential observations are painfully banal—the notebook philosophy of a precocious 14-year-old. 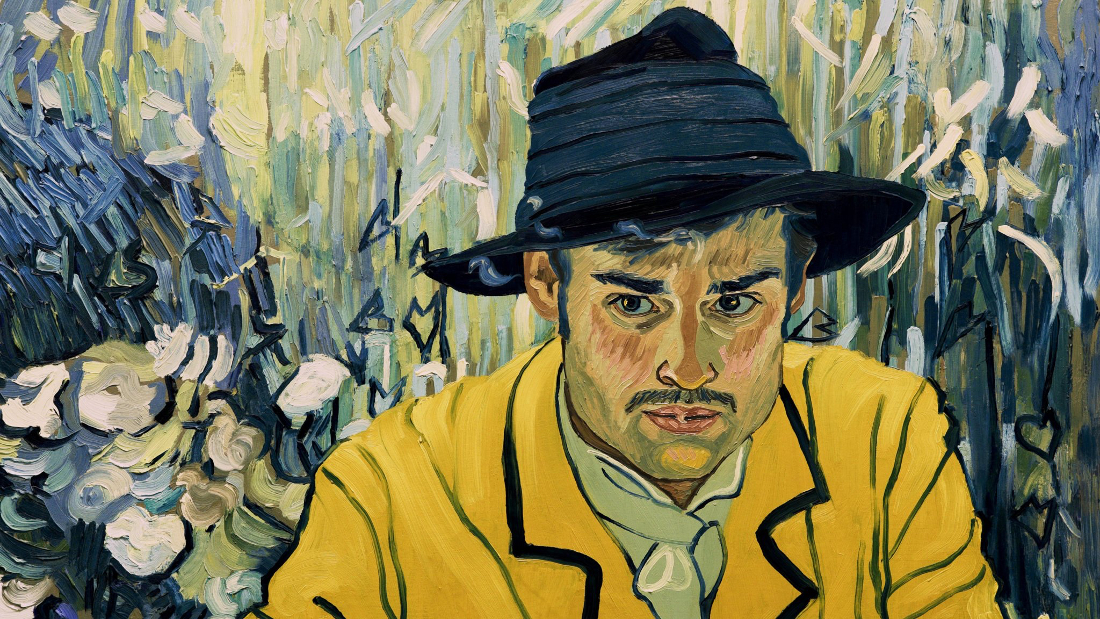 Loving Vincent is one of the most beautiful movies I’ve seen in a while, so much so that I’m willing to forgive the film’s schmaltzy notes. All 65,000 frames of the animated feature were hand-painted by a team of 125 painters. The present-action scenes are rendered to look like Vincent van Gogh’s colorful post-impressionist masterworks; the flashbacks resemble photorealistic charcoal or graphite portraits. I wish I had sat closer to the screen to better admire the living textures and shifting brushstrokes that accompanied every character movement, or even the mere suggestion of a breeze.