The schedule is a bit kooky

In case you haven’t noticed, a lot of industries are in disarray at the moment. Square Enix was caught in it, and on top of that, Final Fantasy XIV was so successful that it caused server issues. Go figure! As a result, several events have been pushed back. If you’re looking to get into the Final Fantasy XIV All Saints Wake event, you can kick it off in Old Gridania on January 20, 2022.

Announced via a hideous clown marquee, the XIV All Saints Wake will commence on January 20, 2022 at 12:00AM PT, running through February 2, 2022 at 6:59AM PT. You have until then to head to Old Gridania X:10.4 and Y:8.4 and speak to the Adventurers’ Guild Investigator to kick off the questline. You just need to be level 15 to start it (and have access to Old Gridania).

Note that event quests like these are extremely short, and predicated on repeat quests to earn more rewards. You basically just need to be able to log in during that time and speak to a few NPCs, go to a few places, and you’re done. The biggest reward is arguably the “Haunted Pumpkin Set,” which is an outdoor furnishing. The other reward is….that clown outfit, which I hope I never see in game! 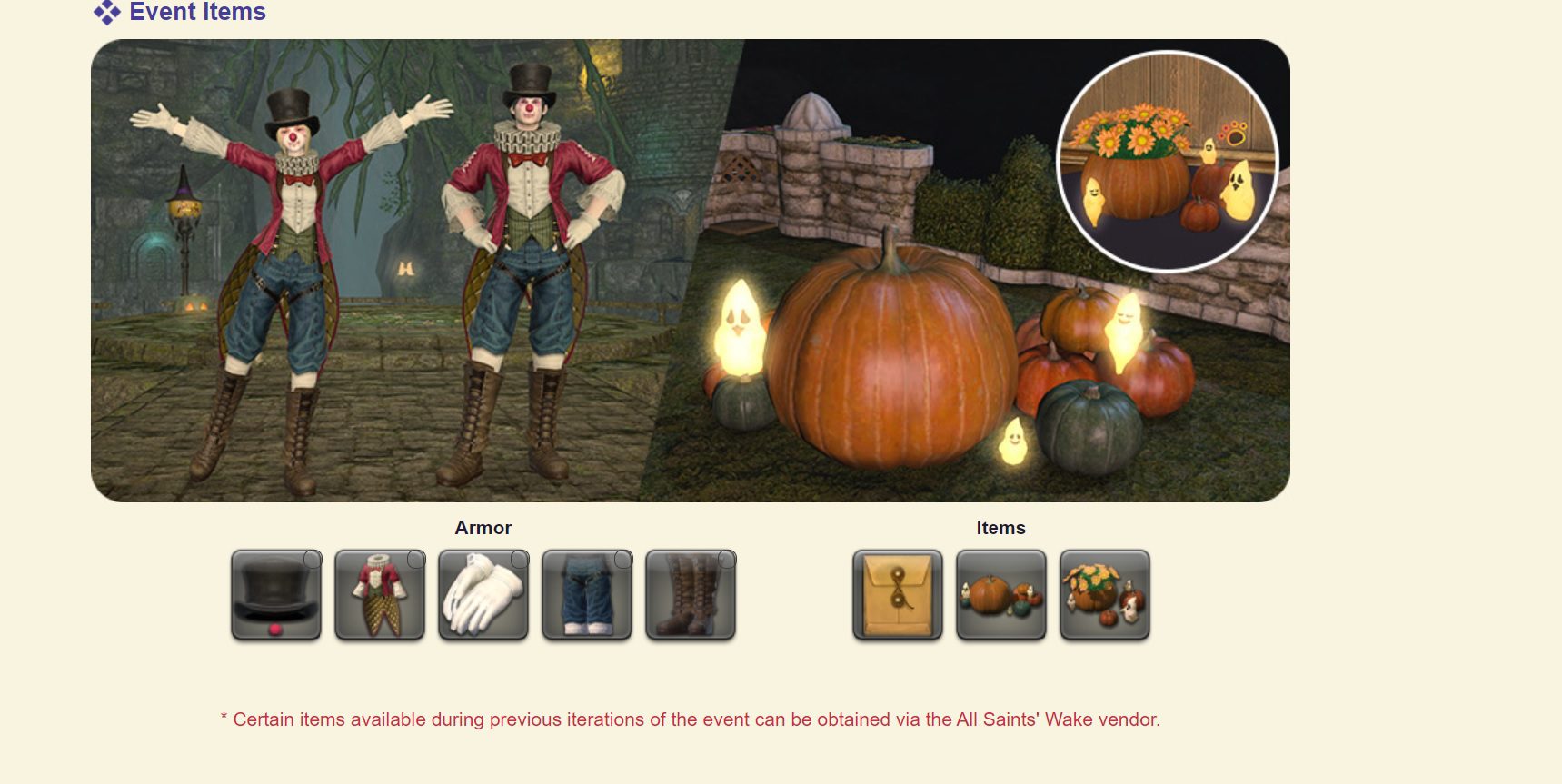