It’s a me, Mario rankings!

This may sound funny coming from someone who clearly took the time to write this list, but… how do you rank Mario games?

Everything that I said about ranking Zelda games applies here. Except, also, what is a Mario game? I mean, we all know the big ones count, like Super Mario Bros for the NES or Super Mario 64. Yet does Super Mario RPG count as a Mario game? Does Captain Toad’s Treasure Tracker? Is Donkey Kong a Mario game? I know I’m not the first person to dive into this question, but it does impact this entire list. Not only are my opinions subject to debate (as they should be), the very qualifications of what belongs on the list can be contested.

For the sake of some consistency, I’ve limited this list to platformers that most would agree are Mario games. That said, I’d be remiss not to give honorable mentions to Paper Mario, Paper Mario: The Thousand-Year Door, WarioWare Inc., Super Mario Maker 2, and Donkey Kong (1994). Heck, even my honorable mentions could go much longer. Regardless, let’s just agree there have been a lot of great Mario games and dive into one of the most hotly debated rankings in gaming history. 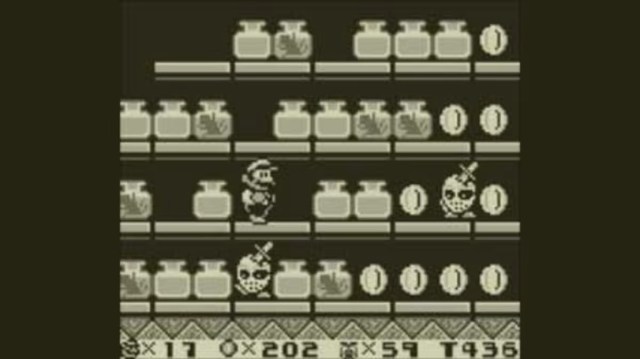 Powerups? How about little bunny ears that let Mario glide? Levels? How about a vaguely Halloween themed world and a giant Mario robot that we’ll call Mario Zone? Even the title, 6 Golden Coins, implies that the dozens of coins Mario collects in each level are counterfeits. Only a game as weird as this could add Wario to the Mario canon, so honestly, there’s no reason anyone should dislike this one. Heck yes we’re counting Super Mario USA as a real Mario game. Even discounting how this game codified the platforming abilities of Mario, Peach, and Luigi while introducing enemies like Shy Guys, Super Mario Bros. 2 is great game on its own merits. The levels are fun to traverse, the platforming feels great, and chucking vegetables at enemies is just iconic.

Besides, Super Mario Bros 2 is way better than its Japanese counterpart. I Googled “that Doki Doki game” before writing this article and all I got is some girl named Monika who held my computer hostage. Much has been said about Super Mario Sunshine, both good and bad. While it’s not as impressive as other major 3D Mario titles, that bar is so high that Sunshine should be appreciated on its own merits. It is also, without question, one of the funniest games I have ever played.

Even briefly revisiting the game for this list, I could not stop laughing at the outlandish moments and awkward dialogue in Sunshine. Even as a young lad, the “Mama Peach” cutscene was so uncomfortable that my friends and I spent weeks unpacking it. To me, Sunshine will always have a place in history for this reason. It captures all the awkwardness of 2002, and it should be preserved long after we leave this mortal coil. This is a pretty good game. I hear Chris Pratt is making a movie about it. This could have easily been a filler Mario title, but there’s a lot of love on display. The aesthetics and music are great, and the level design provides ample exploration while following a straightforward design. This package is particularly elevated on the Switch with Bowser’s Fury, a genuinely fantastic title that combines elements of 3D World and Odyssey with its own unique ideas. Though I wish Bowser’s Fury could be purchased separately for those who already own 3D World on the Wii U, it’s a title every Mario fan should experience. 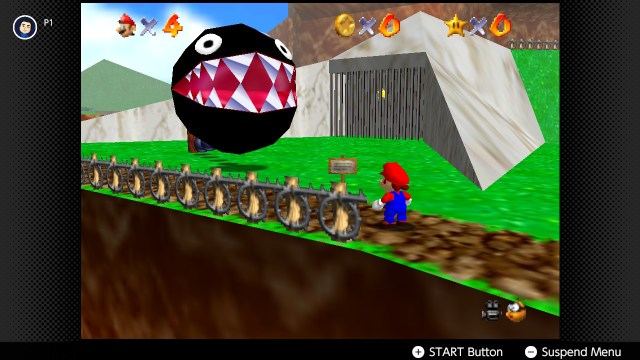 It is a miracle that the game that first put Mario in a truly 3D world could make it so high on this list. Super Mario 64 isn’t just a landmark moment in gaming history, it is a great game. Period.

There is so much here to love. The level variety from the upbeat Bob-omb Battlefield to the frantic Tick Tock Clock is fantastic. The music is memorable, down to the earie jingle you hear when climbing an endless staircase. The atmosphere of the castle that links each level together is evocative, even if it’s the limitations of early 3D that accidentally make the whole thing feel like a liminal space. Super Mario 64 can show its age, but anyone who plays video games owes it to themselves to experience it. Before we go any further, let’s get one thing straight: we’re in 10/10 territory here. If I tell someone I like lobster more than fillet mignon, that doesn’t mean I dislike steak. To conclude this questionable analogy, Super Mario Odyssey is an exquisite cut of red meat.

This is the best Mario has ever felt to control in 3D. Possessing other enemies is genius and bouncing off of your own hat is always satisfying. The level design also compliments Mario’s capabilities while allowing players numerous choices in how they collect each moon. It’s a game that sells itself the minute you look at it, so I probably don’t need to explain why this game you already own is fantastic. Many prefer Galaxy 2 over 1 or vice versa, but my memories of them are too close to separate. Maybe if both were included in a theoretical limited-run All-Stars collection of 3D Mario games, I’d have an easier way to distinguish them.

Cheek aside, Super Mario Galaxy 1 & 2 are genuinely special titles. I don’t think Mario games need story, but Galaxy‘s setting meaningfully adds to the experience without stealing the spotlight. The innate melancholy and whimsy here pay homage to Antoine de Saint-Exupéry’s The Little Prince, which is the most interesting thing I’ve ever said about a Mario game. This bleeds into the gameplay too, which places Mario in so many unique gimmicks and environments that play well with his relatively limited movement options. And the music. My goodness the music. If a minute of this game’s soundtrack doesn’t make you want to play it, I don’t know what will. The sheer existence of Super Mario World is awe-inspiring. It is an absolute mic-drop game the defined the Super Nintendo/Famicom so definitively that I have to remind myself it was a launch title. Not only does Super Mario World take the established Mario formula to new heights, it brings the joy of discovery from RPGs and distills it into a platforming adventure that anyone can enjoy.

On a basic level, Super Mario World is fun if you just make a straight shot to Bowser. Yet uncovering all the hidden exits and levels adds enough depth for seasoned gamers to enjoy time and time again. I can remember first discovering the Special Zone and feeling amazed that there were still so many levels to complete. Even the background music held a secret I didn’t uncover for another 15 years. This is such a wonderful game that I struggled deciding if it should be crowned the best. Yet by the thinnest of margins, I have to give it to the only other game that makes sense by now. There is an often-stated belief that lists like this should be objective. Clearly, Super Mario Odyssey has the bigger budget, bigger levels, and better graphics. By this definition, I should discard my memories of huddling together with my cousins in front of a small TV as we took turns playing Super Mario Bros. 3. Or maybe I should forget marathoning this game at the dentist’s office, showing other kids how to get two warp whistles and go to the final world immediately.

Except… why was it Super Mario Bros. 3 in those memories? The first game that myself and countless others remember playing, even if it wasn’t the first game we actually played? The truth is, Super Mario Bros. 3 is pure, absolute joy. The sheer acts of moving and jumping are fun. The creative levels that both teach and iterate on gimmicks are masterpieces. The adventure of collecting items and exploring each world captures the imagination. Even as a kid who adored cheat codes, I would full clear Super Mario Bros. 3 over, and over, and over because I knew this game was a treasure. Playing each level and uncovering its secrets was its own reward, and I’ve yet to encounter a person who wasn’t immediately captivated playing this game.

You can point to several games on this list as landmark achievements for video games. Yet for me, Super Mario Bros. 3 is different because it shows why video games themselves are special. Anyone can pick up this game and learn it in a handful of minutes. Yet uncovering its secrets and overcoming its challenges captures the core of why we play video games. Even its stage play aesthetics indicates games should not merely be experienced, but analyzed as a form of art.

Super Mario Bros. 3 is why I’m writing about video games professionally. It is pure fun distilled to its most basic possible form. It is, and always will be, the heart of gaming as we know it. Subjectively speaking, of course.