It’s dangerous to have Zelda opinions. Here, take mine!

You can learn a lot about someone by asking what their favorite The Legend of Zelda game is.

It’s a series so vast and so popular that anyone who plays video games has some opinion of it. You have the people who got into video games because they played Ocarina of Time as a kid. You also have the people who say Zelda has never been good since it went 3D. Even the games someone didn’t play can be revealing. For example, I considered whether or not I was qualified to write this list because I never touched The Minish Cap or A Link Between Worlds. Hey, don’t look at me, I skipped the 3DS game because someone gave it a 6.5.

In other words, an objective ranking of Zelda games is impossible. Yet by the same token, every time someone ranks their favorite Zelda games, the greater the chance that someone’s niche tastes and opinions will finally get the light of day. With that in mind, here is my very subjective, deeply imperfect ranking of the 10 best Zelda games that does not include The Minish Cap. I’m counting on you in the comments to tell me where on the list that should belong. If I were to rank weird NES sequels that are considered black sheep of their respective series, Zelda II would be near the top of that list.

It is bewildering, confusing, and often just too dang hard. It’s also a fascinating merger of side scrolling action and RPG elements that remains interesting to this day. Even if the Zelda series abandoned this formula, it spirits lives on in indie games like Infernax. 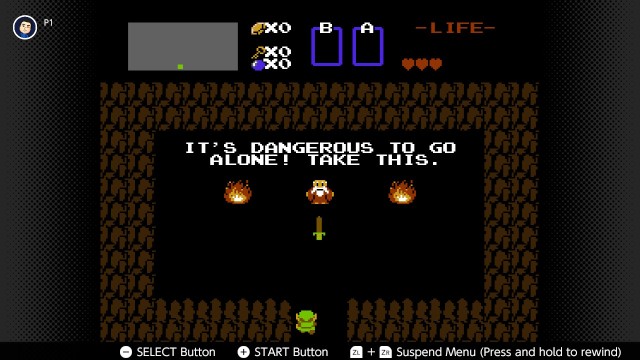 The original Legend of Zelda is a bit awkward by modern standards. It has archaic design quirks and a messy translation that practically necessitates that you play it with a strategy guide open. Having said that, there’s something endearing about the sheer simplicity of The Legend of Zelda. You get plopped right onto the field, go into a cave, get a sword, and you’re in your first dungeon in a handful of minutes if you know where to go. It’s immediately easy to learn, yet uncovering all its secrets is a commitment of its own.

A wildly impressive game upon release, and still worth playing today despite its age. Still, the novelty of releasing two full-length connected Zelda games that focus on action and puzzles respectively helps these titles stand out to this day. With all the Zelda games that have received remakes, I say these should be the next titles to get a fresh coat of paint. It’s clear this one was made for Ocarina of Time fans, and it does perfectly well building on that formula. Personally, my memories of this game are tied up with the launch of the Wii, so Wolf Link sections probably didn’t bother me just because of my sheer excitement playing my new console. Still, I’d stand by Twilight Princess being well worth your time. There are two types of people in the world: Those who think Ocarina of Time is the best game of all time, and those who disagree.

I’d personally say Ocarina of Time hasn’t aged that well to receive such accolades. Still, if you can go into this one without expecting the pinnacle of all video games, Ocarina of Time is very enjoyable. The puzzles and exploration are on point, and the contrast between the early game as a child and the later game as an adult still sticks with me. As the game that set the formula for nearly two decades of Zelda titles, it’s still impressive that they got this one so right. A Link to the Past is a great sweet spot between modern sensibilities and retro charm. Though there’s a greater focus on story than the NES titles, it still has the immediacy that pushes you right into action and exploration without hesitation. It also has genuinely incredible aesthetics and music for its vintage. The first look at the Dark World atop the Pyramid of Power is striking to this day.

While there are a few rough edges here, A Link to the Past stands up remarkably well to today’s standards. Here’s my thing about Zelda games: I like when they get weird. As far as weird Zelda games get, they don’t get weirder than Majora’s Mask.

Much could be said about its gameplay revolving around a three-day cycle you repeat over and over until the game’s conclusion. For me, Majora’s Mask is all about its foreboding atmosphere. The end of the world literally hangs above you, driving a sense of urgency to everything you do. You get to learn about the people and places around you, which establishes you as a helpful observer more than a grand hero of time. There are also moments of whimsy here, which ironically drives the inherent terror of this setting further when you realize how much is as stake. I’m not saying everyone needs to beat Majora’s Mask, but you should experience it in some fashion. Even if it’s via an internet creepypasta. The official “too much water” Zelda game. Though I get the overworld exploration can be a chore, Wind Waker is overflowing with so much personality that I can’t help but love it.

While it was chided at the time for being too kiddy, there are still plenty of epic moments here that stand as high points for the franchise. On top of that, I love Link’s nimble controls here that naturally build off the N64 Zelda titles. Of the 3D Zelda games that existed before Breath of the Wild, this is the one I’ll always want to return to. There is a core story here, but at the end of the day, Breath of the Wild is about your stories. Maybe you solved a puzzle in an unexpected way, or maybe you laughed hard tossing a bomb into an enemy camp and watching everyone fly off a cliff. It’s easy to see why Breath of the Wild has redefined Zelda games as we know them, and I hope Tears of the Kingdom shows this style of Zelda game is not just a one-trick pony. I know, I know, this is a bold pick for best Zelda game. Objectively, I know Breath of the Wild is the more well-designed video game. Yet like I said at the top, someone’s pick for best Zelda game tells you a lot about them. I can be summed up as “one of those people who cried at the ending of Link’s Awakening as a kid and won’t shut up about it roughly 30 years later.”

Honestly, I have a hard time feeling anything towards most Zelda games. They’re fun adventures with big stories, but they don’t speak to me in the way my favorite games do. Link’s Awakening is the sole exception. I love Koholint Island because it’s such a weird, whimsical place. Every story beat is distinct and memorable, despite the incredibly limited hardware this game is running on. Yet at the same time, there’s a thick air of melancholy hanging over everything you see and do. I love how Link’s Awakening uses its setting to drive home the impermanence of life. Everything will fade away someday, but life is like that, and you can’t live inside of a dream forever.

Zelda games love to iterate on the central core of its story. The tale of Link and Zelda defeating Ganon is meaningful if you grew up attached to these characters and love to see how the story changes time and time again. Yet I love Link’s Awakening because Link isn’t the legendary hero who saves the island. He’s just a person trying to find their way, getting to know and love the world around him before it inevitably ends. In real life, we can’t relate to saving the world by ourselves. We relate to happy memories punctuated by painful goodbyes. This is the Link I can immerse myself into, and this is why Link’s Awakening is so special. It’s odd, it’s different, yet ironically, it’s the most human Zelda game ever created.

Or maybe The Minish Cap is better, this list really feels incomplete without playing that.

Filed under... #Lists#The Legend of Zelda