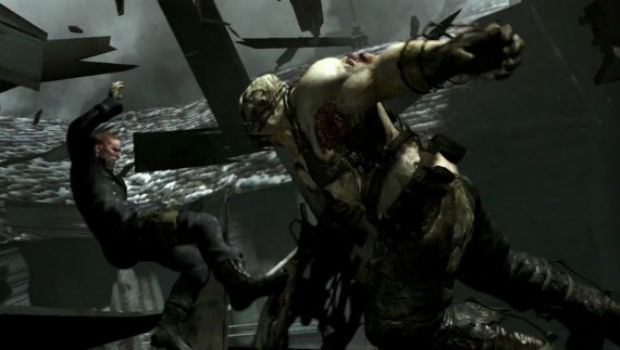 [Update: Capcom has just confirmed three new online modes for RE6 ahead of Microsoft. Survivors Mode (PVP Versus, with the ability to play as enemies if you die), Predator Mode (one player controls Ustanak, the enemy in the header, the other players have to kill him), and Siege Mode (Protect the VIP). It’s possible that these are the timed-exclusive modes Microsoft is keeping secret.]

Remember back in June, when Microsoft nonchalantly said that it not only obtained timed exclusivity for the first Resident Evil 6 demo, but for a few other bits of content as well? Of course you don’t!

Today, Microsoft has kindly reminded us that it has obtained said timed exclusivity, but with a few more details: the exclusive content will be three modes “that will be revealed after launch.” Does this have anything to do with the retailer specific Mercenaries content? Only time will tell.

The real question (dun dun dun!) is whether or not these timed modes are on the disc. If not, hopefully Capcom will have an easier time bringing the DLC to the PS3 than Bethesda. Too soon?